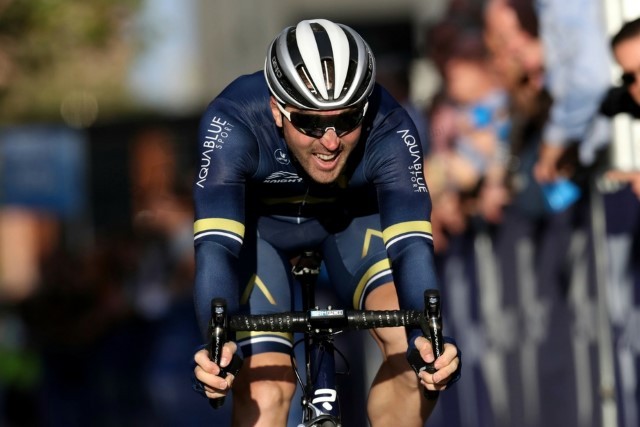 Lars Petter Nordhaug and Leigh Howard will not be among the Aqua Blue Sport rider lineup for the 2018 season. Nordhaug (33) has made the decision to retire from professional road racing, while 28-year-old Howard will shift his focus to track cycling.

Speaking of his decision, Nordhaug said:“2017 was a difficult year for me with the recurrence of a CMV virus which impacted my performance during the season. At 33 years of age I am proud to be able to look back on a long career as a professional cyclist, and to have played some small part in the success of Aqua Blue Sport in its first year. After some reflection I have decided that the best course of action for me and for Aqua Blue Sport is to depart the team.

“I firmly believe in this project and am not willing to risk the consequences of not being able to perform to my best in 2018. I would like to sincerely thank team owner Rick Delaney and all the Aqua Blue Sport backroom team for their support and understanding, and wish my teammates the best for the future.

“I look forward to exploring a number of exciting opportunities for the future, and to cheering on Aqua Blue Sport from afar.”

Team owner Rick Delaney said the decision was testament to the personal integrity of Nordhaug. He commented: “It is always frustrating for an athlete when their exit from the sport they love is dictated by factors beyond their control, but in this instance Lars Petter has decided to bow out on his terms. He has been a pleasure to work with, and on behalf of all the team – riders, management and staff - I take this opportunity to wish him the very best for the future."

Australian Howard has made the decision to return to his track roots and is looking forward to beginning a new chapter in his career.

Howard said: “I am not leaving the sport indefinitely, but I have decided to step away from professional road racing in Europe and concentrate on track cycling, with eyes on the Tokyo 2020 Olympic Games. This has been a difficult decision to make, however I feel that at this point of my career I need to put my focus into something I am truly passionate about.

“I would like to thank Aqua Blue Sport for the support afforded to me in the team’s maiden year. I had the chance to be a part of a great group of people and I will always be thankful for that opportunity. I look forward to seeing them grow into a formidable team in the near future.”

Team owner Delaney thanked the Geelong native for his contribution to the team. He said: “Leigh’s decision to clearly focus on the ambition of Olympic gold is one that commands respect. I look forward to celebrating his future success on the track.

“The many strengths that Lars and Leigh brought to Aqua Blue Sport will be missed but we are excited by the passion and potential of the new additions to our roster, and look ahead to 2018 with confidence and anticipation.”