Lewis Hamilton Keen To Finish F1 Season With A Bang 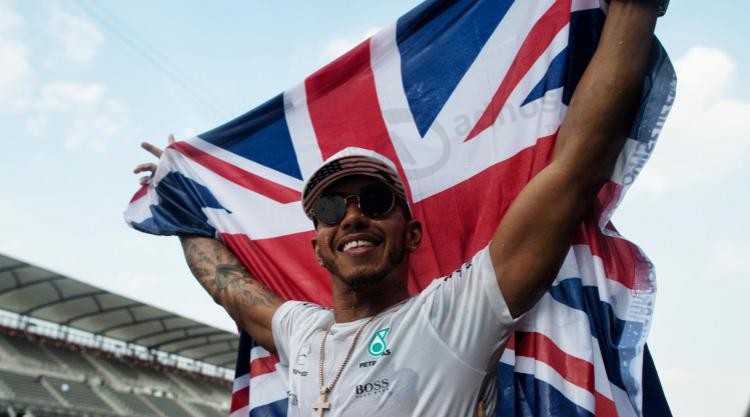 Lewis Hamilton has promised to end his championship-winning campaign with a bang after admitting he does not want the season to end.

Hamilton, crowned champion for a fourth time in Mexico last month, finished fourth at Interlagos on Sunday after a remarkable comeback drive from last on the grid.

The 32-year-old Briton, who has won on nine occasions this season, could be forgiven for having one eye on the winter break following his intense battle with Sebastian Vettel.

But Hamilton has no intention of taking his foot off the accelerator ahead of next Sunday's season finale in Abu Dhabi.

"I am going to give it everything in Abu Dhabi," Hamilton, who headed straight for New York after the conclusion of Sunday's race, said. "I love driving this year's car, and I generally don't like to wish time by.

"Jesus, I am at the back end of a career that can still be relatively long, so it is easy to wish days by, but I am happy to take my time. I don't wish the winter break was here because before you know it, we will be into the next season."

Hamilton will head to Los Angeles later this week before a trip to the Mercedes factory in Brackley ahead of the final race of the campaign.

Hamilton wanted to end the year with two victories, but was left with it all to do after his 160mph shunt on Saturday.

"It felt horrible, crap, and the same as it did when I was eight," said Hamilton as he reflected on his uncharacteristic qualifying mistake. "It does not get any easier to handle those experiences.

"It was actually good for me to brush up on those overtaking skills, because that's how I have won my championships."

Hamilton's spectacular qualifying demise eased the path to glory for Vettel, who claimed his first victory since July's Hungarian Grand Prix. Vettel won the race following a brave move down the inside of pole-sitter Valtteri Bottas at the first corner.

"Overall it was very positive this year," said the German, whose challenge imploded after he failed to finish two of the three grands prix in the Far East.

"Nobody expected Ferrari to be that strong, but we made the biggest step, and we were there from the start until the end.

"Of course, if you miss out on the championship it sort of sucks - there's no other way to say it - but you have to be fair as well. We were not very competitive last year, and we've made massive progress.

"Hopefully we can carry that strength into the next couple of years, not just next year, not just the winter but also the future. Our objective is to bring Ferrari back and dominate."

Previous Article:High-tech companies in the limelight at Shenzhen expo