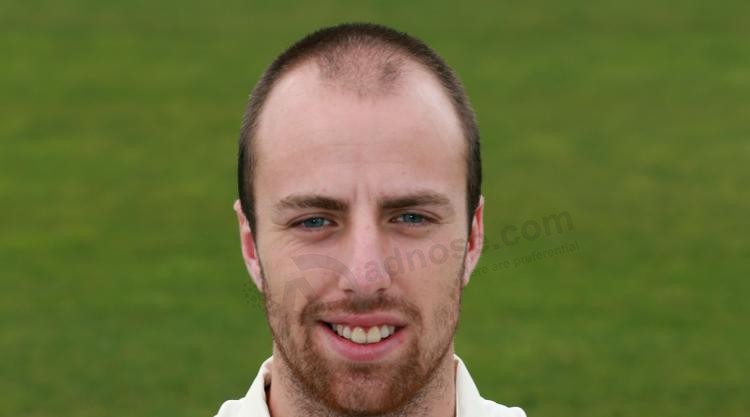 Jack Leach was not surprised he was overlooked for this winter's Ashes but has been told "it's just a matter of time" before he is selected by England.

Mason Crane was preferred as the back-up option to Moeen Ali even though the leg-spinner took 16 wickets to slow left armer Leach's 51 in this summer's Specsavers County Championship.

Leach's haul was all the more remarkable given he was forced to tinker with his bowling action last winter after it was discovered to have been illegal.

The blow of missing out on a maiden England call-up was cushioned by his inclusion in the Lions squad for a four-week training camp in Australia as well as some words of comfort from national selectors James Whitaker and Angus Fraser.

He said: " I'd performed well at the end of the season, and then your name gets thrown around and you think you might have a chance. But it wasn't a surprise that I wasn't.

"I actually had a call from James Whitaker and I was like, 'I'm in!', and then I answered it and he was ringing to say 'it was a close call, just keep doing the right things, you're going to go away with the Lions,' and I was like, 'good I'm in the Lions'.

"(Somerset) were playing Middlesex at the time. Gus was there. I've got a lot of time for Gus. He gave me another good chat and said, 'look it's going happen, it's just a matter of time. Keep performing'. That was good to get that feedback."

The 26-year-old took 65 championship wickets in 2016 but routine tests at the national performance centre in Loughborough at the end of that season had indicated he was straightening his arm above the legal limit of 15 degrees.

After slightly modifying his action, Leach, speaking in Loughborough ahead of the Lions' trip Down Under on Tuesday, opened up on the psychological scars the issue left, admitting it took a number of months before his confidence returned.

He said: "The last month of the season, I really felt like I got back mentally to what I know I can do, and it was that mental hurdle to get over. I feel like it's been a bit of a journey through the last 12 months.

"You try and kid yourself all the way along that you're absolutely fine and feeling great, but actually looking back now it's accepting the fact that it was going to take time to feel confident.

"It was a small change, but still any change when you've been doing it for so long one way, making a small change is still a big change in your mind."

The subject of 'chucking' is deeply divisive in cricket and Leach revealed the opinions of team-mates and opponents weighed heavily on his mind at the beginning of the year.

But he says he was never sledged because of what happened.

He added: "The support I've had from everyone has been amazing, especially players round the circuit and umpires. It's been the opposite to what I thought it could have been, so I'm really grateful for that."

Next Article:BOE Technology bets big on internet of things