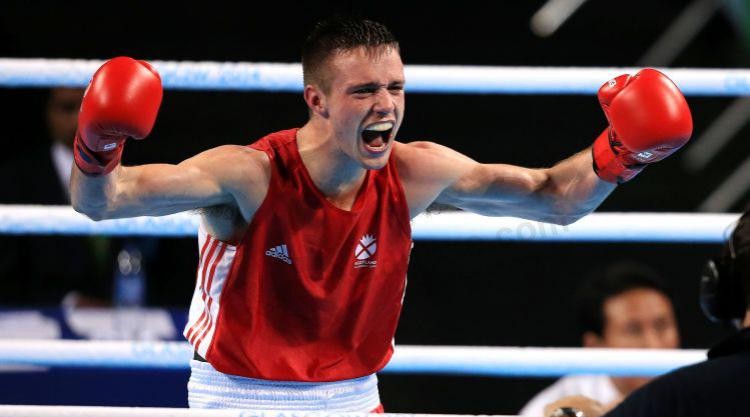 Josh Taylor is out to make a statement against Miguel Vazquez when the two meet in Edinburgh on Saturday.

The 26-year-old Scot faces the biggest fight of his career at the weekend when he takes on the experienced Mexican, who has fought with some of the biggest names in the sport.

Taylor is at the other end of the spectrum and is just starting out on what is rated as a highly promising career and admits he faces a big step up in quality of opposition, but is keen to put on a show for his home crowd on Saturday night and prove he has what it takes to get to the top.

"If I win this on Saturday it definitely puts my name into the world and to be seen," he said. "If I win and put on a bit of a performance, and make a statement, then I can definitely put myself in the title chase.

"I kind of like it that way (to go under the radar).

"You see a lot of fighters being over-hyped and over-backed, they get put into a big fight and they get beaten. That's not what I want.

"I like it being that way and quietly going about my business, because once I'm world champion everyone will know who I am anyway."

Taylor eased past Ohara Davies in a bad-blooded fight in July to maintain his perfect record from 10 fights, and his rich promise has prompted promoter Barry McGuigan to seek out more experienced fighters to challenge the man from Prestopans.

Vazquez will bring a different style for Taylor to contend with, but he is happy to test himself against all kinds of different opponents.

He said: "I'm expecting a tricky night. I've watched a few of his fights and he always manoeuvrers opponents around the ring.

"It is definitely (a new challenge). To be the best in the world you've got to face every single style you come across, and adapt and adjust to every style, and I believe I have the ability to do that.

"We will find out on Saturday, but I believe I will work him out and come away with the win."

He added: "This guy I have nothing but respect for but as soon as that first bell rings, I'll be trying to take his head off and the same for him."