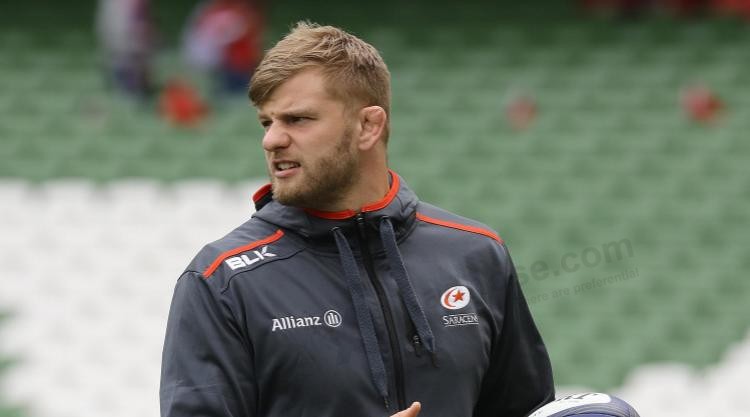 George Kruis insists England resisted the urge to "smash-up" Wales during Monday's unprecedented training session in Bristol in order to gain an insight into their set piece strength.

The RBS 6 Nations rivals locked horns at Clifton College, completing 12 scrums and 16 line-outs over 40 minutes under the scrutiny of referee Nigel Owens, to hone their set-pieces ahead of their upcoming autumn series.

It had been dubbed the 'Battle of Bristol' by England prop Harry Williams and while that description proved inaccurate - the session passed without incident - Eddie Jones' pack were given a valuable work-out.

"There was definitely intent there. I'd say we were professional enough to control ourselves and understand it was a training tool rather than a smash-up on the Monday of a Test week," Kruis said.

"We went in there trying to get a squeeze on and as much out of it as we could. We wanted to win every scrum and wanted the intent, but it also gave ourselves the opportunity to trial a few things and see where we're at.

"It was under Test match intensity, but was a good tool for us. It definitely lets us know where we're at as a pack and has shown us things that maybe we need to work on for this week.

"Because it's happened nice and early in the week, it's given us time to fix up and tweak anything that we need to."

England open their autumn series against Argentina on Saturday before Australia and Samoa visit Twickenham, knowing that come the end of November their record under Jones could stand at 22 wins from 23 Tests.

"It's tough sometimes training against yourselves because you know the calls, you know what they're going to do," Kruis said.

"Wales didn't know what we were going to bring, it was reffed by a top quality referee which puts pressure on to your delivery and everything that comes with it.

"Argentina are a huge set-piece team and they had a good go at us down in Argentina in the summer, especially at the scrum, so there will be a huge focus on that.

"They're a proud and physical team and we need to get our heads around that and come out with the same, if not more, aggression."

In an unexpected turn of events, England have yet to rule Elliot Daly out of the series opener against the Pumas.

Daly injured his knee on Champions Cup duty for Wasps and was expected to miss the Tests against Argentina and Australia and potentially return for the climax to the autumn against Samoa, but he could yet be involved from the start.

England are in the midst of a wing injury crisis having lost Jack Nowell and Jonny May to the treatment room, making Daly's availability should he be passed fit welcome news for Eddie Jones.

England scrum coach Neal Hatley said: "Elliot is in camp and being assessed. We've been pretty busy so we'll find out more about him later in the day."