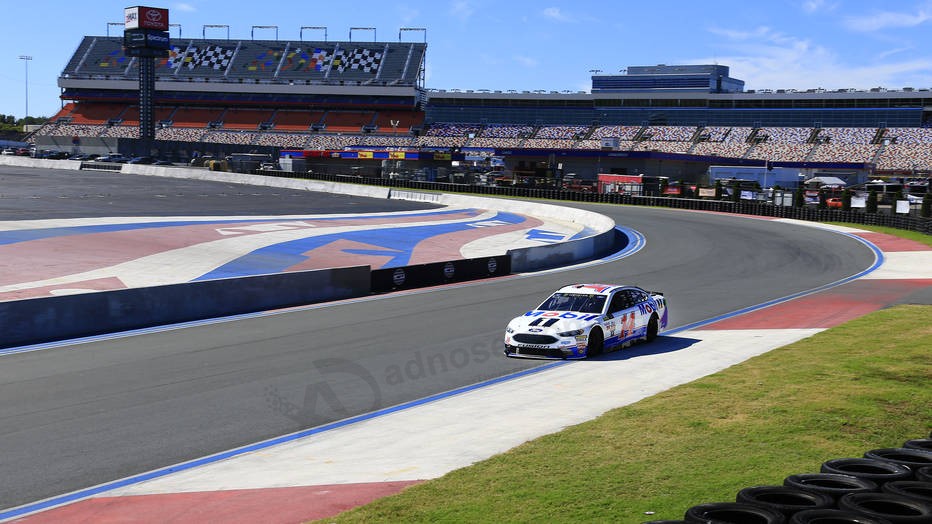 The Charlotte Motor Speedway Roval may be set for another configuration change due to feedback from the Oct. 18 Goodyear tire test.

Most notably, 2004 Monster Energy NASCAR Cup Series champion Kurt Busch provided some constructive criticism over the number of slow corners on the infield portion of the 18-turn circuit. He tested the layout alongside Daniel Hemric, Jamie McMurray and Martin Truex Jr.

"There are a lot of slow sections in turns 5, 6 and 7, which are good rhythmic corners, but they make turn 8 really awkward and that leads you right into a tight turn 9, which then leads you into oval turn 1.

"So maybe there's a chance we can talk them into reconfiguring to go straight from turn 7, skip 8 and go to turn 9. That way, we could have one less slow section that would help the flow of the track and help the transition from the infield section onto the oval section. That would create more speed feel and eliminate the slow feeling.

Goodyear Racing executive Greg Stucker told a pair of reporters on Sunday in Texas that the track has considered those suggestions and may be poised to implement changes to that section of the track.

"There is some conversation about changing the infield section a little bit, maybe eliminating the last little loop," Stucker said. "I don’t know how much traction it’s going to get. I know that was some of the input from our test and it came up in a call with NASCAR. It’s being investigated."

Another concern is that a 130-lap, 500-kilometer race on the current configuration could take nearly four hours to complete. Stucker said eliminating the slowest portions of the track could speed up lap times by nearly eight seconds.

"I think it’s very tight section. It’s a big right-hander and then it’s a big left-hander and it comes back on the racetrack,” Stucker said. “I think they just want to make sure they manage the speed back up onto the oval.

"You don’t want to carry a lot of speed back up there and possibly damage splitters as you’re coming back on the banking."

Charlotte Motor Speedway representative Scott Cooper said nothing has been finalized yet.

"But it's safe to say we're evaluating all the feedback and data from the Goodyear test and looking at some potential changes," he told Autoweek on Tuesday.

If a change does occur, Stucker said Goodyear would order a tire confirmation test in the spring. He also said he expected NASCAR to host an organization test in the weeks leading up to the test. Goodyear took six tire compounds to the October Roval test and initially intended to land on the Watkins Glen compound.

However, that proved to be too hard and not provide enough grip for the infield section; the company then attempted the softer Sonoma compound. In the end, they landed on a compromise compound that is much closer to what the Xfinity Series utilizes at Road America and the Mid-Ohio Sports Car Course.