Alpha a star turn in the IP industry 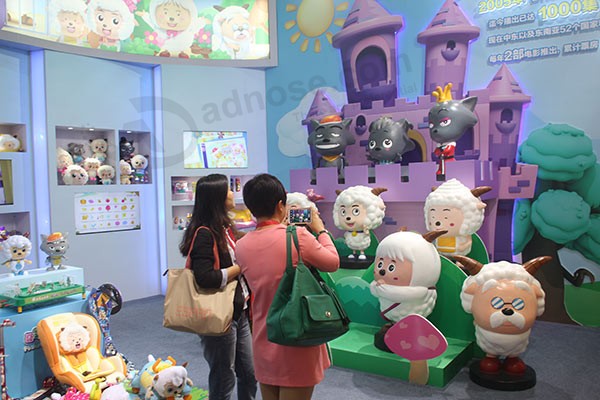 Alpha Group has become a major player in China when it comes to the intellectual property rights industry.

The entertainment and toy company has expanded rapidly to meet domestic and overseas demand for licensed products.

Wang declined to speculate on Alpha's earnings from image rights this year, but she made it clear that IP licensing was now a massive business.

The animation group listed on the Shenzhen Stock Exchange in 2009 and has signed contracts with more than 200 licensing companies so far this year, a rise of 50 percent compared to 2016.

Alpha has also moved into the hospitality sector after building a theme-based hotel with Home Inn in Shanghai earlier this year.

"The growing number of IP licensing companies have helped Alpha increase its sales and presence at home and abroad," Wang said.

Alpha's animations are broadcast in more than 100 countries and regions around the world.

Released in 2015, Superwings features brightly colored cuddly airplanes and is shown in more than 90 countries and regions across five continents.

The television cartoon series is aimed at preschool children and has high audience ratings in the United States, Europe and Southeast Asia.

Sales of Superwings related products, including those from IP licensing, have now reached more than $1 billion worldwide.

Spurred on by this success story, Alpha plans to release a new IP animation, Katuri, about an heroic hen.

The cartoon will be aimed at preschool children between the ages of 2 to 5.

"To this end, Alpha has planned to construct a new toy factory in Indonesia next year," Wang said.