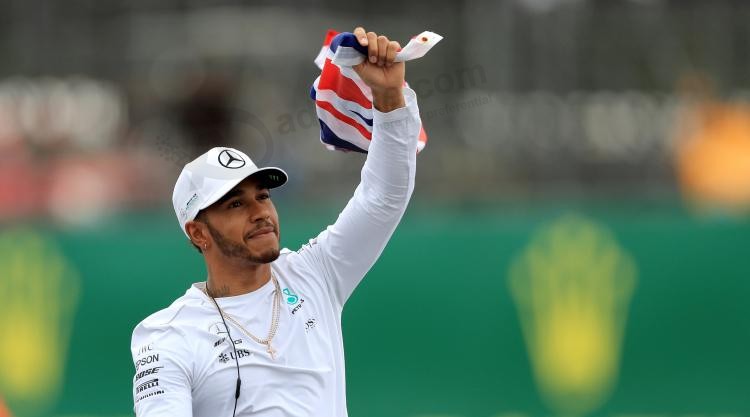 Lewis Hamilton has been crowned Formula One world champion for a fourth time after finishing ninth at the Mexican Grand Prix.

Here, Press Association Sport looks at the numbers behind the 32-year-old's remarkable career.

72 - The Canadian Grand Prix in 2007 marked Hamilton's first career pole position. He now has more poles than any driver in the history of the sport after surpassing Michael Schumacher's tally of 68 in Italy.

62 - Hamilton also tasted his opening victory at the 2007 Canadian Grand Prix, and has won 61 further races. He is second on the all-time list behind Schumacher (91).

40 - Hamilton has won 40 races in his five seasons at Mercedes.

206 - Hamilton has competed in more than 200 races after reaching his double ton in Belgium earlier this year. Brazilian Rubens Barrichello holds the all-time record with 323.

11 - Hamilton has started 11 consecutive grand prix campaigns, and has won at least one race in each of those years.

116 - Hamilton has finished on the podium in more than half of the grands prix he has contested. He also shares the record with Schumacher and Vettel for the most podium finishes (17) in a single season which he achieved in 2015 and last year.

18 - The Englishman holds the outright record for the number of consecutive races in which he has led at least one lap.

44 - Hamilton's race number which he first used in his junior career, and latterly in F1, when drivers were permitted to choose their own number from 2014 onwards.

1 - Hamilton is the only black driver to have won a grand prix and a championship.

2 - Hamilton has raced for two teams in his career. He started life in Formula One with McLaren (2007-2012) before moving to Mercedes (2013 to present) where he has won three of his four titles. He will stage discussions with Mercedes boss Toto Wolff over extending his contract beyond 2018 during the winter.

22 - Hamilton's age in his debut race at the 2007 Australian Grand Prix. The Englishman finished third in Melbourne and went on to record nine consecutive podium finishes in his rookie campaign.

117 - No driver has started on the front row of the grid on more occasions than Hamilton. The Briton surpassed Schumacher's haul after securing pole position in the United States last weekend.

Previous Article:Hammers Have Injury Problems Ahead Of Visit Of Liverpool