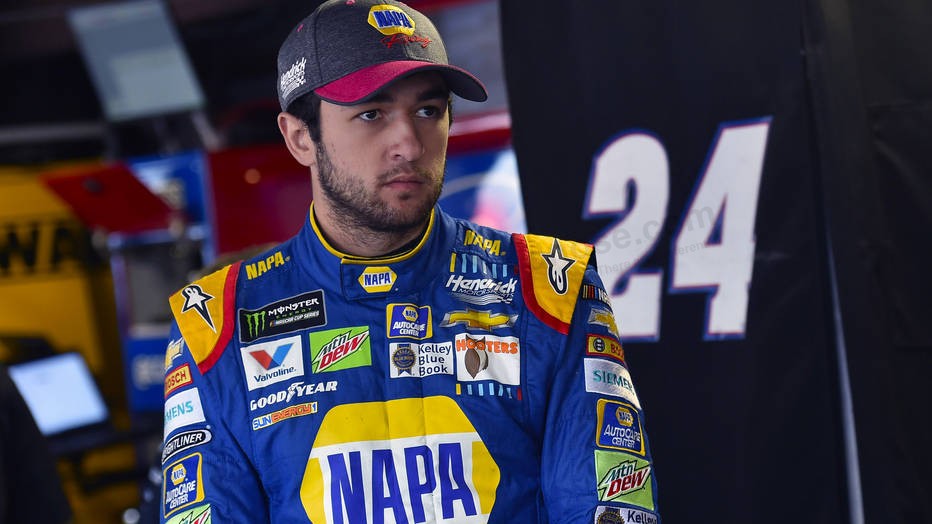 In the throes of defeat, Chase Elliott became a star on Sunday night at Martinsville Speedway.

Major league stock car racing will face a legitimate identity crisis this off-season. Dale Earnhardt Jr. will have competed in his final Monster Energy NASCAR Cup Series race and will soon join the likes of Jeff Gordon and Tony Stewart on the sidelines.

Simply put, the sport is in desperate need of a hero for this next generation and fans may have been given one after the First Data 500.

Despite his relative popularity, NASCAR fans have been hesitant to fully embrace Elliott as their superstar of choice. Maybe it’s the lack of wins, his non-descript public persona or how hard he is on himself in the face of adversity, but the 21-year-old hasn’t fully engrained himself to NASCAR fans.

It’s not even that Elliott is unpopular, he’s just another face in a quality ride.

But that perception may have begun to shift on Sunday night when Elliott was shoved out of the way and into the wall by Denny Hamlin with three laps remaining at NASCAR’s oldest track. The moment seemed so right and expectation slowly built over the final hour of the race.

Elliott had been so close on so many different occasions that it seemed like he had finally ran out of ways to lose races. Driving the iconic Hendrick Motorsports No. 24, Elliott was just three laps away from returning that car back to the site of its last triumph back in 2015.

And perhaps most importantly, doing so would have shifted the narrative from Chase Elliott: Hard-luck bridesmaid to Chase Elliott: Championship finalist.

The people expected it, wanted it and were denied it.

The vitriol for Denny Hamlin at Martinsville was equal to Joey Logano from two years prior. Fate had dictated that Elliott wasn’t meant to win there, but in exchange, he would be given the opportunity to be the people’s choice.

Instead of becoming the Cup Series champion, he would become the people’s champion this autumn.

The cheers he received upon climbing out of his car to confront Hamlin on the backstretch are those typically reserved for Earnhardt, Gordon or Stewart. For the first time in his NASCAR career, he showed a little bit of fire.

He showed those in attendance and watching around the world just how much that moment meant to him. Those who know him best know he’s extremely competitive, but the fans needed to see it materialized in another form.

They needed something to feed off from.

Perhaps Elliott will win over the next two races at Texas or Phoenix to make this moment a moot point. Perhaps Sunday night was just a minor speedbump on the path to championship contention, but even if it’s not, he earned something he just couldn’t acquire over the course of the previous two seasons:

Elliott is essentially pressing the restart button on his career next season. Even though he’s remaining at Hendrick Motorsorts, he’s trading the No. 24 with William Byron to return to the No. 9 his family has made famous over the last 30 years.

It will be an opportunity to step out of Jeff Gordon’s legacy and continue on the path he started in Super Late Models and with his 2014 Xfinity Series championship.

Regardless of what the next three weeks hold for Chase Elliott, he will return to that number with a clean slate and with the overwhelming support of the NASCAR fan base. And with Earnhardt’s looming retirement, this sort of enthusiasm for Elliott may be exactly what the sport needs too.

Previous Article:Inside the mind of the Bank of England: how it sets rates