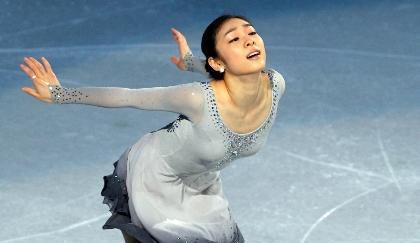 AFTER COMPLETING ITS WEEK-LONG TOUR OF GREECE, ON TUESDAY 31 OCTOBER, THE OLYMPIC FLAME WILL BE OFFICIALLY HANDED OVER TO THE PYEONGCHANG 2018 ORGANISING COMMITTEE AS THE OLYMPIC TORCH RELAY GETS SET FOR ITS 100-DAY JOURNEY AROUND THE HOST COUNTRY OF NEXT YEAR’S OLYMPIC WINTER GAMES.

The handover ceremony will take place in the Greek capital of Athens, at the iconic Panatheniac Stadium, which hosted the Opening and Closing Ceremonies at the inaugural modern Olympics in 1896.

The flame will then travel 8,500km eastwards by plane to the Republic of Korea, touching down in the city of Incheon in the northwest of the host country.

As it makes its way to PyeongChang for the Opening Ceremony on 9 February 2018 over the following 100 days, the Olympic Torch Relay will see the Olympic flame traverse the length and breadth of the host country, taking in 17 provinces and major cities, and travelling via an eclectic mix of transport, including ‘turtle ship’ (a traditional Korean warship dating from the 15th century), zip-wire, cable car, steam train, and yacht!

Watch the official handover of the Olympic flame live here on 31 October at 10.00 am CET.

Korean figure skater,  Kimyu-na hold the post of the ambassador attending to the Olympic Flame handover ceremony. Its only 100 days left to the opening of Pyeongchang 2018 Olympic games, however the sentiment still remains in the doldrums and the tickets only to achieve the predetermined 30% until now. The Pyeongchang organising committee also hope to use Kimyu-na’s influencein the course of torch relay to achieve more popularity.

But in the Japanese media”YAHOO Japan”. the Pyeongchang Winter Olympics hired Kimyu-na served as ambassador can not play the desired effects. The reason is very simple, Kimyu-na only has a certain influence in Korea, but in the world of sports is lack influence, and often become the gossip or scandal protagonist. More Japanese netizens pointed out that South Korea in the winter project there is no person with gentle temperament and good look.

Next Article:Inside the mind of the Bank of England: how it sets rates