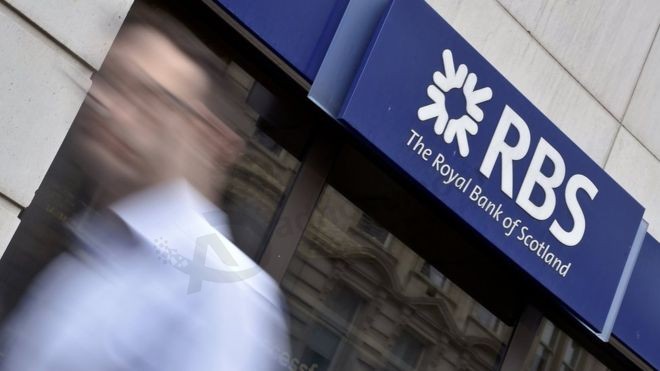 Royal Bank of Scotland has settled a US criminal investigation that accused its traders of lying to clients over investments between 2008 and 2013.

The US Department of Justice said RBS will pay $44m (£33.4m) under the non-prosecution agreement.

RBS said it self-reported the issue to the US authorities and was pleased the matter was now resolved.

The settlement is separate to what is expected to be a far larger penalty in the US over claims RBS mis-sold mortgage bonds leading up to the 2008 banking crisis.

Thursday's settlement came after RBS was accused of cheating about 30 bank and investment clients over the prices and commissions of assets backed by mortgages.

Among the victims of the fraud were Barclays, Citigroup, Soros Fund Management, Elliott Associates, Morgan Stanley and Goldman Sachs.

Ms Daly said: "Those in a position of authority taught and encouraged fraudulent trading practices. Worse, those supervisors and compliance personnel then took steps to prevent victims and honest RBS employees from discovering and exposing the scheme.

"By entering into this agreement, RBS has admitted the seriousness of its past criminal conduct and made a clean break."

A spokesman for RBS said: "Having identified misconduct and self-reported the matter to the authorities, RBS has extensively co-operated with this investigation.

"We are pleased to be able to resolve this issue as we continue to build a simpler, stronger bank that is fully focused on serving our customers well."

The announcement comes after the Financial Conduct Authority said on Monday it may take action against RBS despite dismissing "serious allegations" about how the lender treated small business customers inside the Global Restructuring Group.