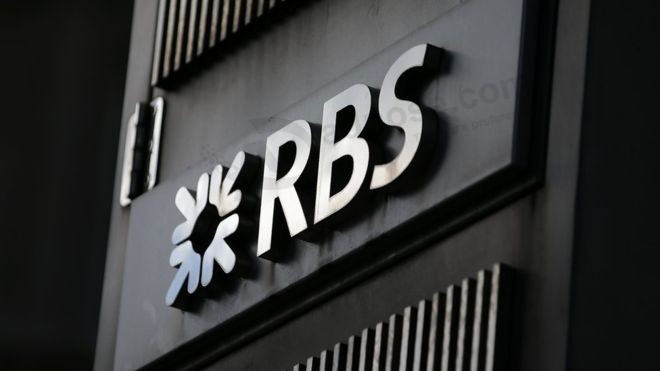 The financial regulator has said it may take "further action" over the way Royal Bank of Scotland mistreated some small business customers.

The Financial Conduct Authority has published an interim report into failings by the RBS division that dealt with struggling businesses.

The Global Restructuring Group was found to have "widespread" mistreatment of customers in some areas.

RBS said it had acknowledged failings and again apologised for its mistakes.

The FCA report identified a number of failings, including that 92% of viable firms handled by GRG suffered "inappropriate action", such as interest charges being raised or unnecessary fees added.

It was cleared in others, according to the report prepared for the regulator.

FCA chief executive Andrew Bailey said: "We are investigating the matters arising from the [report] and are focusing on whether there is any basis for further action within our powers."

The bank has set aside £400m for compensation and paid out £115m, chief executive Ross McEwan said.

The BBC reported on a leaked copy of the report in August, leading to political pressure on the FCA to publish more of the findings.

The regulator was initially reluctant to do so, but gave in to pressure from MPs and campaigners.

But Mr McEwan said the "most serious allegations made against the bank have not been upheld".

That includes finding the bank did not set out to engineer ways of transferring customers to GRG, or make requests of directors that were "unnecessarily burdensome".

"The culture, structure and way RBS operates today have all changed fundamentally since the period under review," he said.

The bank has dealt with more than 900 complaints going back a decade, Mr McEwan added.

However, the report found that inappropriate treatment of small business customers was "widespread" in areas including:

Nicky Morgan, who chairs the Treasury select committee, said: "It has taken the FCA too long to publish its summary of the skilled persons' report, so this is not before time."

Mr Bailey is due to appear before the committee on 31 October.

The RGL management group, which represents some former business customers of RBS, said the FCA report appeared to be a whitewash.

"From what we understand, the FCA has failed to acknowledge the serious and deliberate harm caused to businesses through RBS' Global Restructuring Group," it said.

"The FCA is making excuses in its interim report as to why it cannot bring the bank to justice, which does nothing to help redress the devastation inflicted on business owners by RBS."

Lawrence Tomlinson, author of a 2013 report into GRG, said: "Banks do not treat their customers inappropriately, bankers do.

"The authorities should look at whether these bankers' behaviour is incompetent or criminal - either way, whoever allowed the scandal at GRG to occur should not be allowed to work in the sector or enable similar ethos and culture to enter other banking institutions."

Previous Article:Netflix to raise another $1.6bn to finance new films and shows

Next Article:RBS may face further action by financial regulator