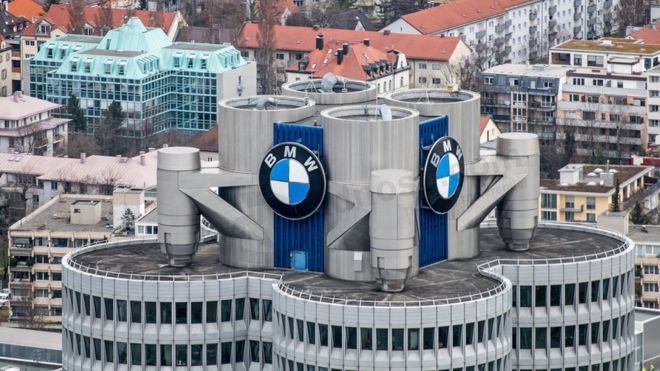 BMW has confirmed its head office was searched this week by European Union officials investigating an alleged cartel among five German carmakers.

EU investigators are looking into allegations that BMW, Daimler, VW, Audi and Porsche colluded to limit their spending on emissions technology.

BMW said EU staff had inspected its Munich offices, adding that it was assisting the regulators in their work.

Also on Friday, Daimler said it had filed an application for leniency.

The firm, which owns Mercedes-Benz, also has no current plans to set aside funds for possible fines, according to chief financial officer Bodo Uebber.

EU and German regulators are looking at allegations that the companies collaborated for decades on many aspects of development and production, disadvantaging customers and suppliers.

BMW said it wanted to make clear the distinction between potential violations of EU antitrust law, and the illegal manipulation of exhaust emissions, which it denies.

In July, Volkswagen defended its record after allegations that it teamed up with other German car giants to breach EU cartel rules.

VW said it was normal for manufacturers to exchange technical information to speed up innovation.

However, it declined to comment on specific allegations that the five carmakers colluded on price and technology.