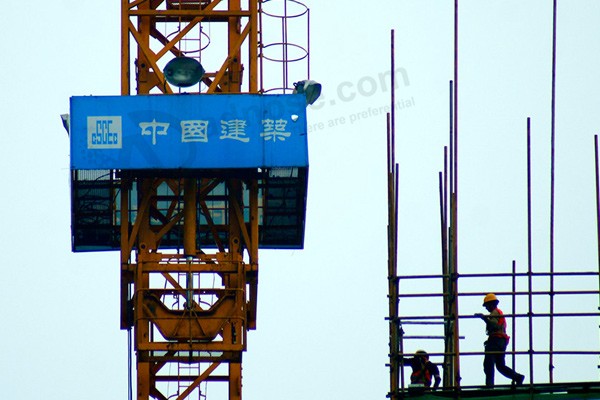 The company said the new deals signed in its real estate business, infrastructure business and design and survey business in the first three quarters of this year hit 1 trillion yuan, 504.9 billion yuan and 8.3 billion yuan respectively, up 18.8 percent, 40.4 percent and 40.1 percent year-on-year.

New contracts on the domestic and overseas businesses of CSCEC amounted to 1.5 trillion yuan and 144 billion yuan respectively, increasing by 22.5 percent and 56.3 percent year-on-year.

According to the announcement, the real estate business of CSCEC showed a rising trend in the first nine months of this year, with a total contracted sales area of 11.6 million sq m and contracted sales of 167.8 billion yuan.

The stock price of CSCEC at the Shanghai Stock Exchange rose 1.6 percent to 9.55 yuan by 10:30 am Wednesday.