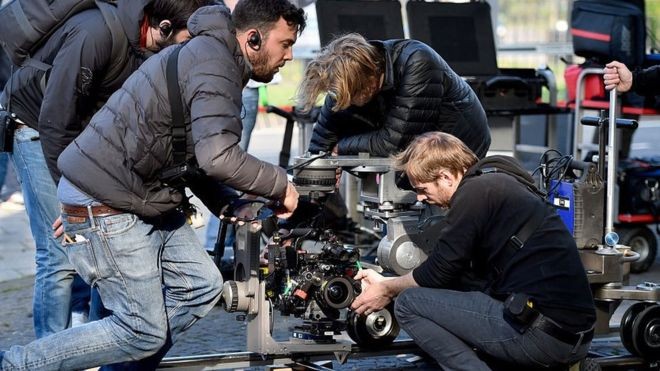 UK-made films, music, adverts and video games could be hit by a post-Brexit restriction on immigration, harming the economy, a trade body has warned.

The Creative Industries Federation (CIF) said the £87bn a year the sector generated for the economy was at risk if immigration was restricted.

The sector relies heavily on freelance staff, many of whom are from the EU.

The CIF is urging the government to negotiate free movement of UK and EU workers for short-term projects.

"We need an immigration system that enables our extraordinary sector to continue to grow," said the federation's chief executive John Kampfner.

A survey of 250 firms conducted by the CIF found three quarters employed EU workers and two-thirds said they could not fill those jobs with British recruits.

Phil Dobree, head of special effects firm Jellyfish Pictures, which has worked on the latest Star Wars movies, said there was a risk that the UK would lose its competitiveness.

"Without access to the best talent base, which is only available internationally, our business would be lost to regions where access to these broad ranges of skills is readily available."

The federation has unveiled a series of policy recommendations for the industry which it says is "one of Britain's fastest growing sectors".

It is calling for:

A government spokesman said: "After we leave the EU we will have an immigration system which works in the best interests of the UK.

"Crucial to the development of this will be the views from a range of businesses, including the creative industries."