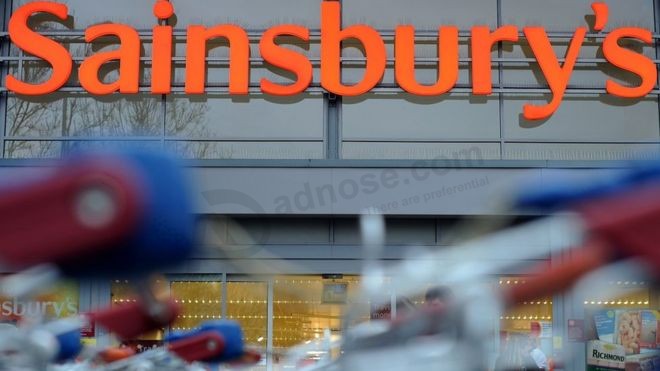 Sainsbury's has said it will cut up to 2,000 jobs from its human resources staff as part of plans to reduce costs.

The UK's second biggest supermarket chain says the "difficult decision" will affect roles in stores, as well as in the company's central offices.

It plans to make 1,400 payroll and HR clerks redundant and other changes could see another 600 posts removed.

Sainsbury's is looking to save £500m amid fierce competition from discounters and rising food costs.

The majority of the headcount losses will be from within its supermarket stores.

The 600 roles on which the group is consulting are predominantly HR roles across the supermarket chain, its newly acquired Argos chain, as well as Sainsbury's bank.

It said it would offer affected staff alternative roles wherever possible, or redundancy packages.

Shopworkers union Usdaw said it would support Sainsbury's staff and look at the company's business case for the plans.

Sainsbury's said last November it aimed to reduce its running costs by £500m within three years. Earlier this year, in March, it said it would cut 400 jobs.

Its biggest rival Tesco is also shrinking its headcount. Tesco said in June that it would cut 1,200 jobs from its head office, just days after revealing that more than a thousand jobs were going at its Cardiff call centre.

All the big established grocers are juggling rising costs and increased competition from the discounters.

It's hard to keep pace with the scale of cost cutting and restructuring underway at Britain's biggest grocers.

They're facing a perfect storm of rising costs and changing shopping habits.

And with the competition still cut throat from the discounters, they can't afford to recover those costs by putting up prices too much for the consumer.

Sainsbury's and its other main rivals are all trying to reduce operating costs and simplify their businesses to make them more efficient. It's a big, structural, shift and painful for all those affected.

Figures released earlier on Tuesday by Kantar Worldpanel showed Lidl and Aldi adding sales in the double digits, while established giants were growing sales by around 2%.

Even so, Tesco has 28% of the UK's grocery market, while Sainsbury has just short of 16%.

Sainsbury's latest figures, released in July, were its best in four years, with same store sales up by 2.3%.

A Sainsbury's spokesman said the UK grocery market was "changing at a rapid pace" and meant the firm needed to "transform the way we operate".

He said the supermarket was proposing updates to its HR systems and changes to a number of other support roles as part of a consultation.

"This has been a difficult decision and we appreciate that this will be a tough time for those colleagues affected by the changes. We will support them in any way we can," he added.

Next Article:Amazon and eBay warned by MPs about VAT fraudsters