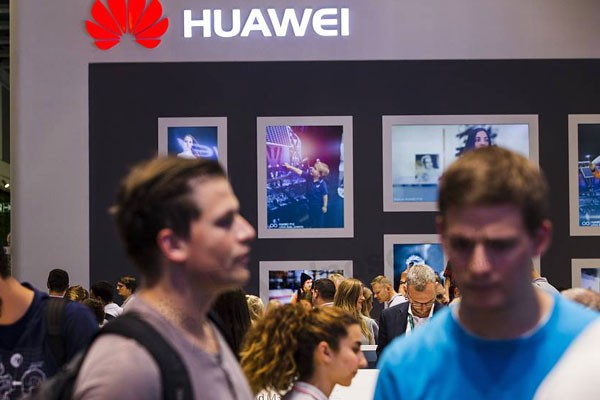 The Maimang brand, a joint effort by both Huawei and China Telecommunications Corp, the country's third-largest mobile carrier, is targeting the younger generation.

Featuring a 5.9-inch full screen, the new gadget offers an aspect ratio of 18:9. Also boasting a 3,340 mAh large battery, the phone comes with 4GB of RAM and 64GB of ROM.

The Maimang 6 is Huawei's first quad-camera smartphone, featuring 13MP and 2MP dual cameras on the front and 16MP and 2MP dual-rear cameras, which can add virtual effects to photos. Priced at 2,399 yuan ($362.5), the product will be on sale on September 28.

He Gang, head of the smartphone division of Huawei, said the full-display design is deemed a revolutionary evolution in the smartphone's development.

"A good quality full-screen smartphone should enhance users' experiences," he said. "And I believe we will usher in a new trend in the market."

"The Huawei Maimang 6 smartphone will be a key part of our push for all-network access smartphones," Li added.

At present, the bezel-free design is a new trend in smartphones, with leading brands such as Apple and Vivo releasing a series of full-screen products.

"As Apple Inc recently unveiled their new full-screen iPhones, more smartphone vendors will join the race to catch up with the new trend in the next half of this year."