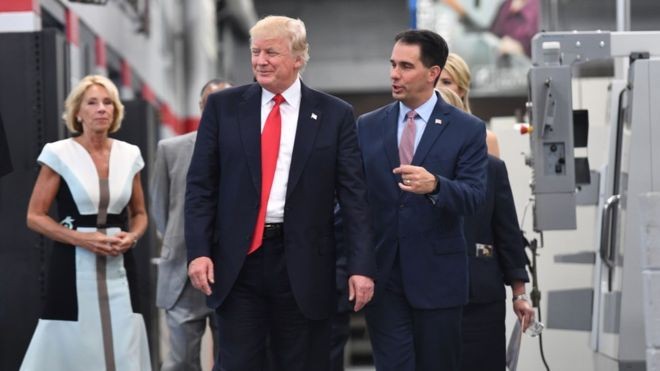 Wisconsin has approved a package of subsidies worth up to $3bn (£2.2bn) to Taiwanese manufacturing giant Foxconn in exchange for a new US factory.

He told reporters that work on the plant, which is to make LCD panels, should start this spring.

It is believed to be the largest incentive package for a foreign company in US history.

Foxconn, which has pledged to invest $10bn in the facility and hire thousands of workers, is still negotiating a final location.

Critics have branded the deal "corporate welfare", and questioned whether Foxconn would follow through with 13,000 high-quality jobs, as lawmakers hope.

The amount of money the firm ultimately receives is tied to its investment and hiring.

Even under optimistic projections, an analysis for Wisconsin state lawmakers found it would take more than 25 years for the state to break even on the deal.

Next Article:EU seeks to limit trade of torture instruments