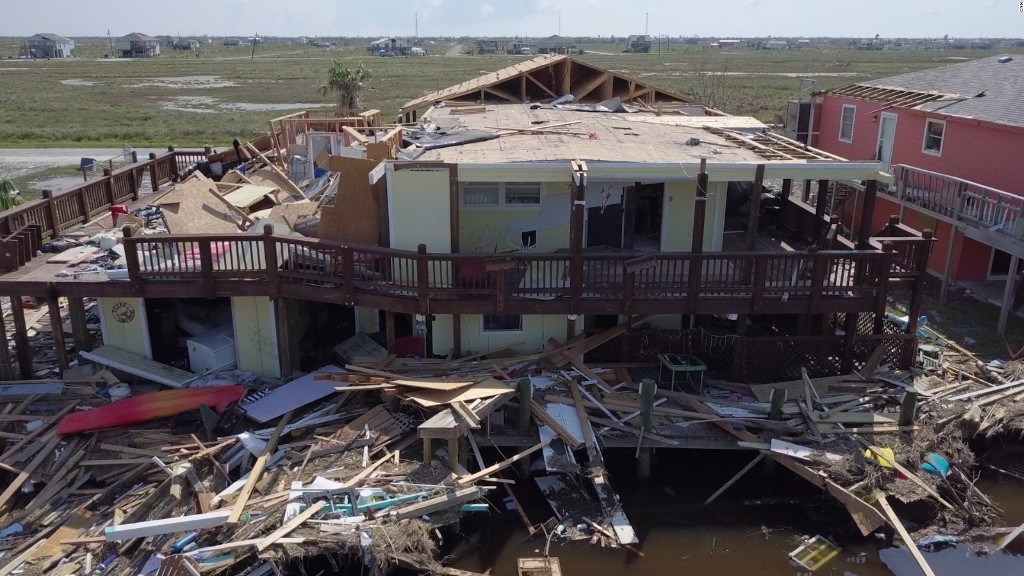 The company said on Tuesday that it's working with the Texas Department of State Health Services to set up temporary pharmacies in emergency shelters in Austin, Dallas and San Antonio.

Pharmacists at the stations will help people refill prescriptions and offer counseling.

CVS (CVS) has also set up a mobile unit outside of the NRG Center stadium and conference facility in Houston, where people can pick up prescriptions, get vaccines and buy over-the-counter medications. The CVS website also features a list of stores that have reopened since the storm.

CVS isn't the only company that has deployed ad hoc pharmacies to help Harvey victims.

Walmart (WMT) set up a pharmacy inside the Dallas Convention Center last week, where evacuees could buy over-the-counter drugs and fill prescriptions. The service was available to everyone, including people who didn't have Walmart or Sam's Club pharmacy accounts.

The team in Rockport is wrapping up and heading to Houston with our Mobile Kitchen & Pharmacy. https://t.co/IPJqZn2pWD #TexasStrong pic.twitter.com/cehkV6zx1a