Brewing 'the best thing in the world' 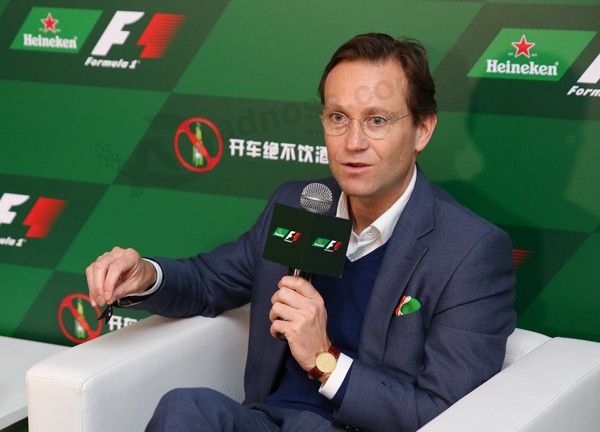 For Jacco van der Linden, 45, managing director of Heineken China since 2015, the decline in the country's beer market over the past three years represents an opportunity.

Van der Linden sees an opportunity for the Dutch premium brewer in these figures because consumers are known to trade up when sales plateau－that is, they begin to buy better beer.

Not just in China, per-capita beer consumption has stabilized at the current peak across Asia. Typically, most beer is consumed by the younger lot in the 18-35 age group. Consumption among this group is falling in China.

Van der Linden said: "Seeing the beer markeet maturing in China, where more consumers opt for more premium choices, it makes me optimistic about Heineken's future in China because we specialize in premium beer, brewed to the highest quality. Many consumers want to trade up from mainstream beer to premium beer.

"The premium beer market in China is in healthy growth, despite the decline in the overall market that started in 2014 after a growth period lasting 24 years."

Heineken has been a witness to, and a part of, that extended period of growth. It entered the domestic market in 1983. By then, it had already started exporting to China.

Along the coast of China, most consumers were familiar with international brands. Heineken rode that fondness for foreign brands to secure a strong foothold in Putian, Quanzhou and Fuzhou in Fujian province.

Van der Linden said: "We are already in many second and third-tier cities. Actually, we started in many of those smaller cities because we were much smaller than existing big players, so we wanted to avoid competing head-on with them. We now have a very solid base and a large group of loyal consumers, especially in those cities.

"The main challenge in China is to find those pockets in the market that are profitable. The profitability levels are very low for the brewers, so the brands have to be very smart to choose where they want to play, through which channels, with what products and at what prices."

While Heineken, a brand founded in Amsterdam about 150 years ago and known for its green packaging, swears by enjoyment as a value, working toward generating joy for consumers, he said, does not always yield pleasurable experiences.

"On one hand, I might be tough sometimes, because our standards are pretty high and I want to be the best. On the other, there should be room for fun. So, the balance between 'working hard and jointly achieving a result' and 'relaxing and having a good laugh together', is the best balance for me."

His Heineken career graph includes eight years in Europe, and eight years in Africa. In all, he has over two decades of retail experience in various management-level positions across general management, marketing and sales in China, the United Kingdom and Ireland. In the past, he had worked with Nigerian Breweries Plc.

The Dutchman has been traveling since his childhood. He has lived in 14 cities around the world and worked in over 10 countries.

Now living with his wife and two children in Shanghai, he spends most of his spare time with his family. Van der Linden said he is learning the Chinese language in all earnestness and picking up knowledge about the local culture as well.

A sports lover, he likes running and playing tennis to keep fit, and is an occasional beer drinker. He regards drinking beer as part of a healthy lifestyle.

"I want to stay healthy so I drink beer, water, and a glass of wine now and then. Everything should be maintained at a moderate level, but a nice beer on a sunny day would be the best thing in the world."

Previous Article:CSIC swaps debt for equity in two of its subsidiaries