Mobike to pedal into 200 global cities 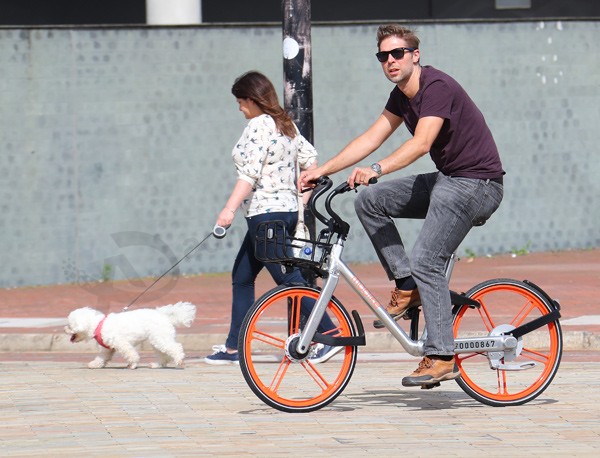 Chinese bike-sharing behemoth Mobike Technology Co Ltd is gearing up its overseas expansion, as the company aims to meet its ambitious goal of operating in 200 cities globally by the end of this year.

Beijing-based Mobike announced on Tuesday the launch of bike-rental services in London, with a plan to operate 750 bikes in September.

"Considering our current operation status, we are able to complete and may even exceed our global expansion goal of 200 cities," said Chris Martin, Mobike vice-president and head of its overseas expansion business. Much of that expansion will be domestic, but he said Mobike will cover more countries in the second half of the year.

Mobike's orange dockless bikes are now crowding sidewalks in more than 150 cities in countries including Singapore, the United Kingdom, Japan and Italy.

Users in overseas markets will be able to ride shared bikes by simply scanning a QR code on the downloaded app and pay online on their smartphones via their debit or credit cards. Martin said as Mobike is set to cover more countries, the company will explore more payment methods.

According to the company, the shared bikes are produced in China and then exported to overseas markets, and it will also seek more global partners in the supply chain business.

The bike-sharing craze sweeping China is now going global. Mobike's arch rival Ofo Inc previously announced it plan to enter 200 cities in 20 countries globally by the end of this year.

On Tuesday, Ofo said it plans to operate a total of 6,000 shared bikes in Bangkok by the end of September.

Now Mobike has rolled out more than 6 million bikes in over 150 cities globally.

Its top rival Ofo said it has over 100 million users and has recorded more than 2 billion rides since its debut in 2015.

Zhang Xu, an analyst at Beijing-based internet consultancy Analysys, said bike-sharing firms' overseas expansion will help companies to expand their influence in the overseas market, but it will also bring about challenges and uncertainties.

"As the overseas market is quite different from that in China, there will be problems concerning local residents' habits in terms of using bikes, the way of operating bikes, and local policies when Mobike operates its service overseas."

July 25: Florence and Milan, Italy, 4,000 bikes will be launched in August

Next Article:Long Lines As Amazon Tries to Hire 50,000 in National ‘Jobs Day’