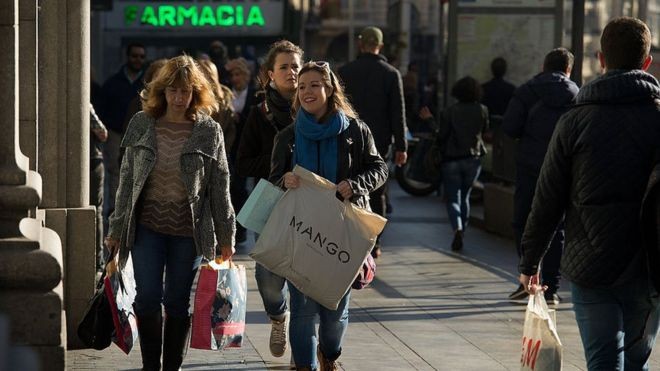 The eurozone notched up growth of 0.6% in the second quarter of the year, official Eurostat figures showed.

The figure puts annual growth in the 19-country bloc at 2.1% since a year ago.

First-quarter growth was revised down slightly from 0.6% to 0.5%.

Other figures released on Monday showed unemployment in the zone was at its lowest since 2009, building on the picture of improving economic health across the area.

On Friday, figures showed Spain's economy, one of the worst-hit by the financial crisis, grew by 0.9% in the second quarter, suggesting the country's economy had finally grown back to the size it was before 2008.

The European Central Bank is planning to tighten up monetary policy after years of pumping up activity through low interest rates and bond-buying.

It intends to begin the process in the autumn, although inflation remains low at 1.3%, well under the 2% target for the eurozone.

Low inflation is often one of the side effects of weak economic activity.