Spanish economy back to pre-crisis size 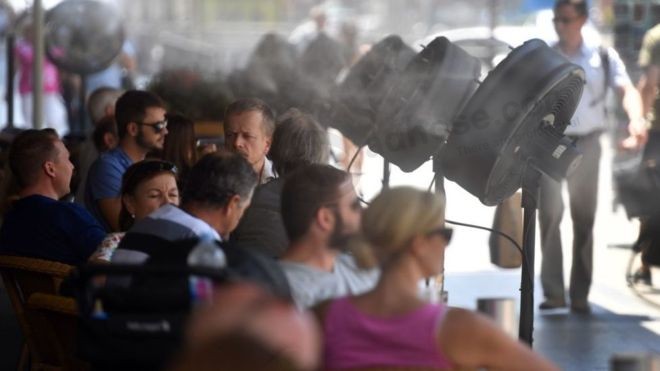 Spain's economy grew by 0.9% in the second quarter thanks to improved exports and household spending.

The growth figure, a first estimate from the National Statistics Institute (INE), suggests the country's economy has finally grown back to the size it was before the credit crunch of 2008.

Spain was bailed out in 2012 by the EU at the height of Europe's debt crisis.

Its figures were among the strongest of a batch of European economic data released on Friday.

France's economy grew by 0.5% in the second quarter of the year, the same rate as in the previous three months, helped by higher exports, notably the sale of a 700m euro (£626m) ocean liner, the Meraviglia.

Confidence levels in France were boosted by the recent election of President Emmanuel Macron, although that has abated somewhat since.

Nonetheless, the country is on track to meet forecasts for growth of 1.6% this year.

Meanwhile a preliminary estimate from Sweden's statistics office suggested the country's economy grew by a faster-than-expected rate of 1.7% in the April-to-June period.

Spain's exports have been growing and unemployment falling in recent months.

The unemployment rate, which was about 25%, has dropped steadily, although it still stands at 17.2%.

Raj Badiani, economist at IHS Markit, said: "We believe consumer spending growth appeared to regain some momentum in the second quarter, continuing to ride on the back of strong employment creation and a comfortable financial climate."

The Spanish government has raised its forecasts for economic growth this year and now expects the economy to grow by at least 3% in 2017.

Separately on Friday, the European Commission said economic sentiment within the eurozone had risen again in July - the third increase in a row - to a new 10-year high.

The sentiment indicator in the 19-country currency bloc rose to 111.2 after an increase in confidence in the service sector.

Next Article:Stable growth remains the way ahead