Cashless payments could be sabotaging our savings, as they overtake cash as king

The sneaky saboteur of your home deposit savings plan could be far more innocuous than your favourite weekend brunch.

According to a new survey by the Reserve Bank of Australia, card payments have, for the first time, 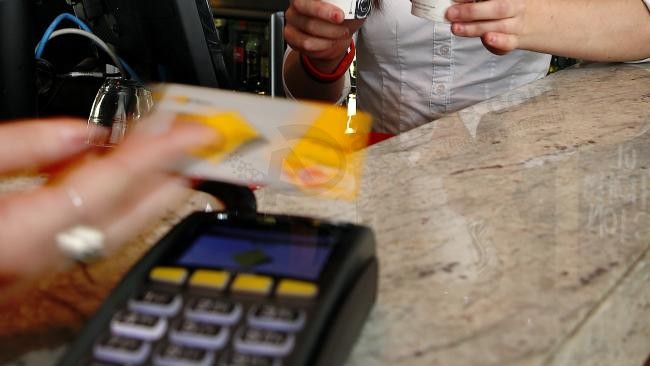 surpassed cash payments in Australia, driven largely by the rise of tap and go.

But the oh-so-convenient payment method may be sabotaging your savings efforts without you even really knowing about it.

According to the RBA’s triennial consumer payments survey, cash is no longer king in Australia.

But you know what they say. The king is dead. Long live the king.

Cards are now the most used consumer payment method, accounting for 52 per cent of transactions.

A decade ago, when cash truly was king, just 26 per cent of transactions were by card. 70 per cent were cash, while now, the new survey revealed, that figure has plummeted to 37 per cent.

Among the card transactions, 60 per cent were tap and go.

The RBA’s consumer payments survey, released on Tuesday, surveyed 17,000 payments made by more than 1500 participants during a week.

While cash is on the decline, so, it seems are our savings.

And it is not a coincidence.

According to Sydney University marketing and behavioural psychology professor Donnel Briley, research has shown that people spend as much as 40 to 50 per cent more in a transaction, particularly on small items, when they do not use cash.

He toldDomainthe often higher impulse spending when using cards came from the lack of cold hard cash in our wallets.

Psychologically speaking, if we're not handing over cash, it does not feel as much like we are spending real money.

Tap and go technology debuted in Australia in 2009 but did not become widespread until about 2013.

In the four years since, Australians, younger ones in particular, have wholeheartedly embraced going cashless.

Associate Professor Anish Nagpal, an expert in consumer behaviour psychology from Melbourne University, said at the time the dramatic increase of the technology removed the pain of handing over cash.

“Paying by cash is vivid, it is out there and in front of you, you can see money coming out of your wallet and the act of paying the transaction is coupled with pleasure of getting the product,’’ he said.

“But the more coupled the costs and benefits are in a transaction the greater the pain felt and the lesser is the willingness to pay.

“With these tap and go cards it decouples the cost and benefits because you don’t see the payment going out of your pocket there and then and this bodes well for the merchants and consumers spend more.”

But, interestingly, the RBA survey found that cashless payments were more popular among higher income earners.

Lower income households tended to pay more frequently with cash, indicating its use as a budgeting measure.