AMD earnings give investors what they wanted, now it must deliver 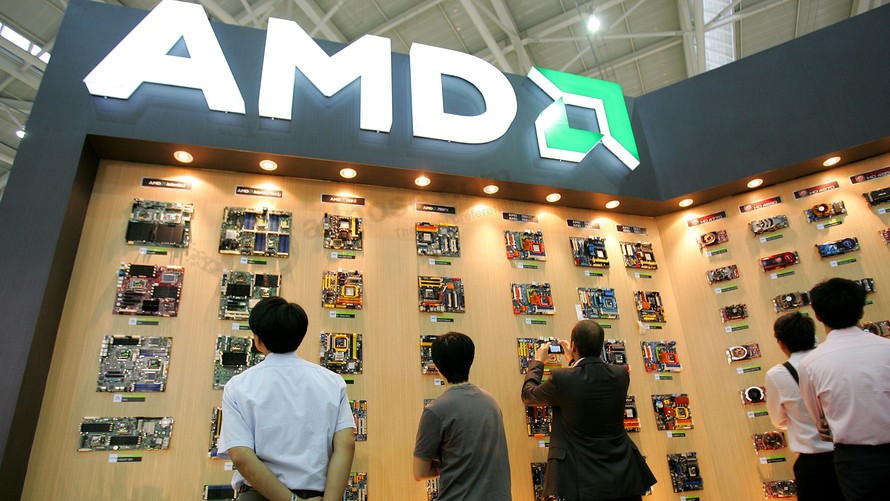 Advanced Micro Devices Inc. came through on the first phase of its new product cycle Tuesday, but the next challenge is to deliver results in the $16 billion data center market to justify investors’ continued optimism.

AMD AMD, -0.35% AMD, -0.35% beat analyst estimates on both revenue and earnings in its second-quarter report, posting the first operating profit in its graphics and computing business in three years. The performance was due to stronger than expected sales of its new Ryzen chips for PCs and a boost in graphics chip cards for cryptocurrency transactions.

AMD shares surged nearly 11% in after-hours trading, touching prices that the stock has not reached in a regular session in more than a decade. Those gains add to an explosion in the chipmaker’s shares, which have more than doubled in the past year as the S&P 500 index SPX, +0.29%  gained 14.2%.

The rise in AMD shares is mostly a bet on the company’s future in the server business, an effort that did not show up in Tuesday’s results, as chips are still in a launch phase. AMD CEO Lisa Su tried to tamp down expectations from some investors that the server business is going to be an overnight success, even as she boosted the company’s annual forecast.

“We will continue to ramp that revenue through the second half of the year, expect some additional customer announcements,” she said in response to one question about data-center sales.

When asked about how AMD might be able to return to its former 20%-plus share of the data center market, Su said that the conditions are very favorable and that cloud and data center customers that make up a large part of the market move faster to qualify systems. But, at the same time, she noted the cloud-computing market can be “lumpy” in terms of inconsistent revenue.

Still, Su said customer response has been good so far, and predicted AMD would take back at least half of its former market share.

“Without getting too granular about percent, our target is to get back to double-digit market share, over 10%,” Su said. “We think we have a product that does support that. It will take longer than this year to get there.”

AMD executives also said they are not counting on a recent boost from the cryptocurrency market as a long-term factor. AMD has recently moved in tandem with digital currency Ethereum, as some digital-currency “miners” have been using AMD GPUs in their efforts, but analysts have noted that previous crypto-related booms have been short-lived.

“We are being conservative in our estimates, the visibility is anyone’s guess at this moment,” Su said when asked about the popularity of AMD’s graphics cards in cryptocurrency mining.

With those recent gains uncertain for the long term, AMD will need big revenue and profit boosts from its Epyc and Vega server offerings, which were only launched last month, to meet its raised forecast. The current consensus analyst estimate, according to FactSet, is for full year revenue growth of 13%, to $4.82 billion. AMD’s forecast was slightly better than that, noting that it expects its revenue to increase by “a mid to high teens percentage year-over-year.”

Whether AMD can do any better than its estimates is still uncertain, and will depend on the buying patterns of corporate customers that could look to Intel Corp. INTC, +0.49%  or Nvidia Corp. NVDA, -0.48%   instead. Su showed she has confidence in AMD’s ability to compete in that market with Tuesday’s forecast, but now AMD must show the results.

Previous Article:Establishing an Online Presence for Your Business

Next Article:Sale of Scaramucci's firm to Chinese group is under regulatory review