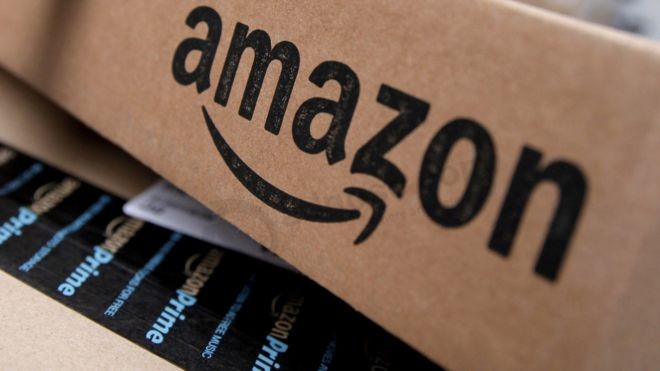 US regulators will take more time to review Amazon's $13.7bn (£10.5bn) acquisition of Whole Foods after some groups have raised anti-trust concerns.

Democrats have asked authorities to consider how the deal might affect consumer choice, particularly in places with fewer food shopping options.

Whole Foods said in June it expected the deal to close in the second half of 2017 but it has warned investors that it could take until May 2018.

Many still expect the deal to go ahead.

Analysts point to potential benefits for consumers in the form of lower prices and delivery innovations.

They also maintain the firm would still face competition from many well-established companies, including Walmart, Target and others.

But the proposed merger has drawn extra attention, coming amid rising concern about the effects of consolidation in a variety of US industries, including airlines, banking and telecommunications.

Democrats have made anti-trust concerns part of their economic agenda. While campaigning for president, Donald Trump also said Amazon had a "huge anti-trust problem".

Amazon plans to resubmit paperwork to the Federal Trade Commission this week, re-setting the deadline for a preliminary government review of the deal, Whole Foods disclosed in a filing with the Securities and Exchange Commission on Friday.

The news sent share prices at rival supermarkets plunging, as analysts anticipated the effect of Amazon's entry into the supermarket sector.

The industry has already experienced consolidation, with the closure of smaller stores, bankruptcies and other mergers.

Amazon, feared among retailers for its cut-rate pricing and online dominance, is expected to accelerate those trends.

A group of Democratic politicians, led by Marcia Fudge of Ohio, also wrote a letterto the Department of Justice and the Federal Trade Commission, which are investigating the transaction, saying it "should be scrutinized beyond the normal antitrust review process that only examines the competitive impact".

"While we do not oppose the merger at this time, we are concerned what this merger could mean for African American communities across the country already suffering from a lack of affordable healthy food options from grocers,"

Consumer Watchdog, a consumer rights group, also asked authorities to block the deal until Amazon changes the way it lists products that the group says mislead buyers about discounts.

Amazon disputes Consumer Watchdog's findings, but Reuters reported last week that authorities would consider the claims as part of their review of the Whole Foods acquisition.

Three shareholders of Whole Foods have also filed class-action suits over the proposed merger, arguing the price undervalues the company, among other claims.

Previous Article:9 Credit Card Tips From Someone Who's Had 21 Cards

Next Article:Uber rival Grab to raise $2.5bn in fresh investments