4 Trends That Will Forever Change Media, Advertising And You In 2017 And Beyond

It's been over a decade since the Internet transformed print media.

Very quickly the web's ability to rapidly disseminate news, and articles, made newspapers and magazines obsolete. Along with their demise went the ability for advertisers to reach customers via print. What was once an "easy buy" for the auto or home section of a paper, or for magazines targeting your audience, simply disappeared. Due to very clear measuring tools, unlike print, Internet ads were far cheaper and more appealing to advertisers - so that's where at least some of the money went. 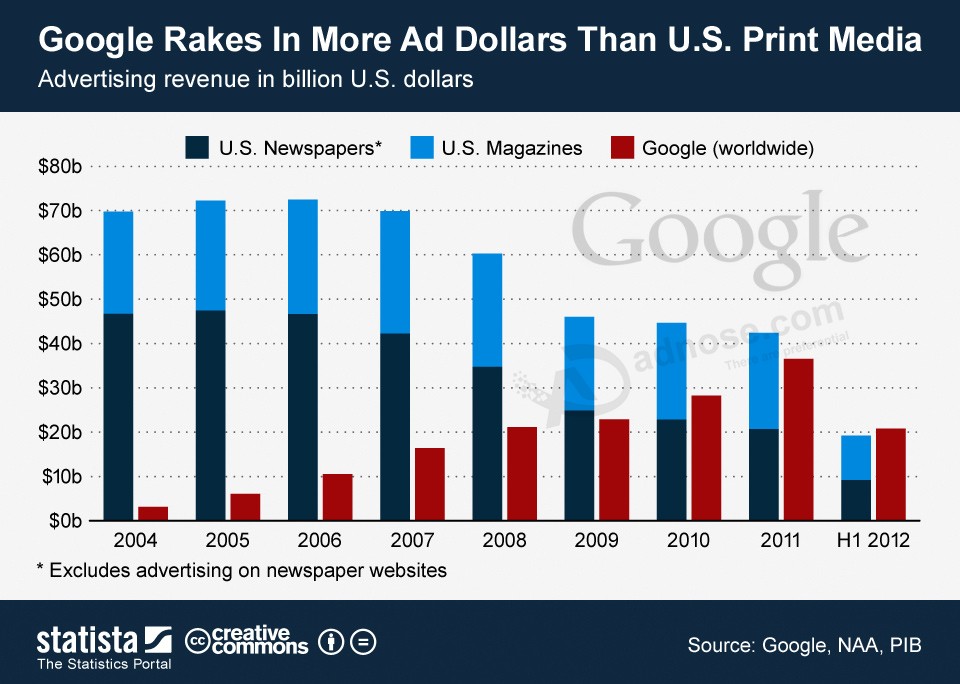 While this trend was easy enough to predict, few expected the unanticipated consequences.

1. First was the trend to  automated ad buying. Instead of targeting the message to groups, programmatic buying tools started targeting individuals based upon how they navigated the web. The result was a trolling of web users, and ad placements in all kinds of crazy locations.

Heaven help the poor soul who looks for a credenza without turning off cookies. The next week every site that person visits, whether it be a news site, a sports site, a hobby site - anywhere that is ad supported - will be ringed with ads for credenzas.  That these ads in no way connect to the content is completely lost.  Like a hawker who won't stop chasing you down the street to buy his bad watches, the web surfer can't avoid the onslaught of ads for a product he may well not even want.

2. Which led to the next unanticipated consequence, the rising trend of bad - and even fake - journalism.

Now anybody, without any credentials, could create their own web site and begin publishing anything they want.  The need for accuracy is no longer as important as the willingness to do whatever is necessary to obtain eyeballs.  Learning how to "go viral" with click-bait keywords and phrases became more critical than fact checking.  Because ads are bought by programs, the advertiser is no longer linked to the content or the publisher, leaving the world awash in an ocean of statements - some accurate and some not.  Thus, what were once ads that supported noteworthy journals like the New York Times now support activistpost.com.

3. The next big trend is the continuing rise of paid entertainment sites that are displacing broadcast and cable TV.

Netflix is now spending $6 billion per year on original content. According to SymphonyAM's measurement of viewership, which includes streaming as well as time-shifted viewing, Netflix had the no. 1 most viewed show (Orange is the New Black) and three of the top four most viewed shows in 2016.

Increasingly, purchased streaming services (Netflix, Hulu, et.al.) are displacing broadcast and cable, making it harder for advertisers to reach their audience on TV. As Barry Diller, founder of Fox Broadcasting, said at the Consumer Electronics Show, people who can afford it will buy content - and most people will be able to afford it as prices keep dropping. Soon traditional advertisers will "be advertising to people who can't afford your goods."

4. And, lastly, there is the trend away from radio.

Radio historically had an audience of people who listened to their favorite programming at home or in their car.  But according to BuzzAngle that too is changing quickly.  Today the trend is to streaming audio programming, which jumped 82.6% in 2016, while downloading songs and albums dropped 15-24%. With Apple, Amazon and Google all entering the market, streaming audio is rapidly displacing real-time radio.

Declining free content will affect all consumers and advertisers.

Thus, the assault on advertisers which began with the demise of print continues. This will impact all consumers, as free content increasingly declines. Because of these trends, users will have a lot more options, but simultaneously they will have to be much more aware of the source of their content, and actively involved in selecting what they read, listen to and view. They can't rely on the platforms (Facebook, etc.) to manage their content.  It will require each person select their sources.

Meanwhile, consumer goods companies and anyone who depends on advertising will have to change their success formulas due to these trends. Built-in audiences - ready made targets - are no longer a given. Costs of traditional advertising will go up, while its effectiveness will go down. As the old platforms (print, TV, radio) die off these companies will be forced to lean much, much heavier on social media (Facebook, Snapchat, etc.) and sites like YouTube as the new platforms to push their product message to potential customers.

There will be big losers, and winners, due to these trends.

These market shifts will favor those who aggressively commit early to new communications approaches, and learn how to succeed. Those who dally too long in the old approach will lose awareness, and eventually market share. Lack of ad buying scale benefits, which once greatly favored the very large consumer goods companies (Kraft, P&G, Nestle, Coke, McDonalds) means it will be harder for large players to hold onto dominance. Meanwhile, the easy access and low cost of new platforms means more opportunities will exist for small market disrupters to emerge and quickly grow.

And these trends will impact the fortunes of media and tech companies for investors  The decline in print, radio and TV will continue, hurting companies in all three media. When Gannet tried to buy Tronc the banks balked at the price, killing the deal, fearing that forecasted revenues would not materialize.

Just as print distributors have died off, cable's role as a programming distributor will decline as customers opt for bandwidth without buying programming. Thus trends put the growth prospects of companies such as Comcast and DirecTV/AT&T at peril, as well as their valuations.

Media has changed dramatically from the business it was in 2000. And that change is accelerating. It will impact everyone, because we all are consumers, altering what we consume and how we consume it.  And it will change the role, placement and form of advertising as the platforms shift dramatically. So the question becomes, is your business (and your portfolio) ready?

Learn more about trend planning at AdamHartung.com, or connect with me on LinkedIn,Facebook and Twitter.

Next Article:Silk Way Rally: ‘Peter’ and Kolomy first to the Great Wall