Unctad has released the global seaborne report pointed out that china-us economic and trade friction intensified, the global trade policy concerns as well as the British no agreement to take off the uncertainty caused by factors such as increase sparked a global shipping market volatility, global seaborne trade volume growth in 2018 was only 2.7%, down from 4.1% in 2017 and the historical average of 3%.

"The decline in the growth of global seaborne trade is the result of a combination of the weakening of the multilateral trading system and rising protectionism," said unctad secretary-general igtui. This is a warning to the international community that national policies may affect global maritime trade and development expectations."

Geopolitical tensions and an expected rise in fuel costs due to new IMO rules coming into force in 2020 requiring all shipping vessels to reduce sulfur dioxide emissions by 85 percent were also major factors contributing to the decline in seaway trade in 2018, the report said. 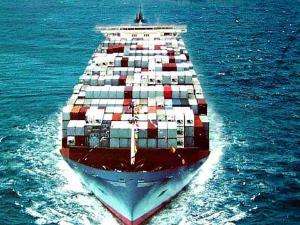 The report suggests that as the global shipbuilding and containerization industries are consolidating in response to new trends, countries need to make appropriate plans and adopt forward-looking and flexible responses to seize the opportunities presented by clean energy and sustainable development.

Report stresses that "One Belt And One Road" initiative and has been effective or are preparing all kinds of trade agreements and other positive factors to promote the international trade growth is positive, thanks to the dry bulk cargo container transport (such as iron ore and bulk grain and oil and gas products increased, global seaborne trade volume in 2019 and 2024 is expected to achieve an average annual growth of 3.4%.

The report predicts that the global shipping industry as a whole still cannot shake off the shadow of uncertainty and that downside risks remain. The gap between the most and least developed countries on the maritime route is widening. In the world's lowest shipping convenience degree is a lot of small island developing states, they often face the shortage of trade, reduce the investment of shipping, and further form the transportation inconvenience a vicious cycle, high cost and less competitive, if not take timely measures to adjust, the risk will be especially vulnerable economies.