Since the beginning of this year, heilongjiang province has continued to promote the construction of major passageways and infrastructure, actively developed export-oriented industries, and built a new pattern of all-round opening up in longjiang. In the first three quarters of this year, heilongjiang's foreign trade grew steadily, with double-digit growth in imports and exports.

Container depot in suifenhe railway station, a train carrying 124 standard containers are slowly pulled out, the goods in the container are mainly composed of sheet, through ha was the sea transport trains, starting from the suifenhe port, after Russia's far east port group, sent to guangzhou and other places, is the fastest 15 days or so can reach the destination.

Through the hasuiaoya land and sea transportation train, longjiang borrows the port to go to sea, greatly increased the port cargo volume. In the first three quarters of this year, the import and export of goods at suifenhe port totaled 8.885 million tons, up 8.9 percent year-on-year. Haoao, khaoei train also gradually in the fierce competition in the central European train a firm foothold.

Harbin hafei airbus composite materials manufacturing center co., LTD. Is a manufacturer of composite aircraft parts. Every year, enterprises import raw materials from abroad for processing and re-export, with an annual turnover of 150 million us dollars.

Zhou jiajia, head of logistics and customs of Harbin hafei airbus composite materials co., LTD. Some goods are exported directly to Hamburg, Germany, via the hau railway. The main advantage of using the railway is that it will greatly improve the time. 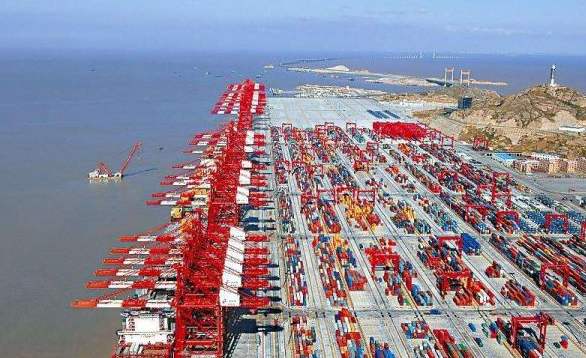 On October 16, the last ring welding of the northern section of the china-russia eastern line natural gas pipeline was completed, marking the completion of the heihe to changling section. The new 3,371km china-russia eastern gas pipeline project in China's territory is the largest pipeline diameter, the highest pressure, the largest volume and the highest steel grade natural gas pipeline in China, with an annual capacity of 38 billion cubic meters.

The completion of the china-russia eastern gas pipeline is another step forward in cooperation between the two countries. Data shows that in the first three quarters of this year, the total value of heilongjiang's import and export to Russia was 94.61 billion yuan, up 9.1 percent, accounting for 68.3 percent of the total value of the province's import and export in the same period. Tax reduction and fee reduction have boosted the vitality of foreign trade enterprises, simplified import and export supervision documents, compressed customs clearance time for foreign trade enterprises to help fuel, heilongjiang pilot free trade zone Harbin, heihe, suifenhe three areas have been unveiled, a series of favorable policies "multiplier effect", so that longjiang foreign trade report more highlight. In the first three quarters of this year, heilongjiang province's import and export totaled 138.57 billion yuan, up 13.1 percent over the same period last year and 10.3 percentage points higher than the national import and export growth rate.