New Thread
« Return to list
View:97 | reply:1 The implementation of many detailed rules on financial liberalization will be accelerated
Release Date：2019-10-29

New measures have been taken to promote high-level trade and investment and financial opening-up. Recently, the State Administration of Foreign Exchange (safe) introduced another 12 policies and measures to facilitate cross-border trade and investment, expanding the scope of pilot projects to facilitate foreign exchange receipts and payments in trade and capital account payments. In just half a month, a number of financial opening-up policies were introduced, including relaxing market access for foreign Banks and insurance companies and facilitating foreign institutional investors to invest in bond markets. Next, securities, funds, futures and other areas of open rules will be accelerated implementation.

According to the first bund financial summit held on July 27, in the future, relevant departments will focus on the two-way opening of the financial market, promote the opening of capital projects in an orderly manner, and support partial opening policies to be tested first in Shanghai.

, director-general of the department of the state administration of foreign exchange payments chun-ying wang 25 in policy of the state council routine briefing, said the reforms, mainly embodied in the foreign exchange management approach, to optimize the process of simplification, to broaden the channels of funds use, support domestic enterprises to expand foreign trade and investment, enhance the level of cross-border trade and investment facilitation; At the same time, it will further reduce the burden on enterprises and stimulate market vitality.

In fact, since the beginning of this year, a package of policies to optimize foreign exchange management and facilitate cross-border trade and investment has been launched. Safe has introduced a pilot program to facilitate the payment of foreign exchange income under capital projects, and removed restrictions on the investment quota of qualified foreign institutional investors (QFII) and RMB qualified foreign institutional investors (RQFII).

Since the beginning of this year, the opening up of the financial sector has also accelerated. The State Council recently revised the regulations on the management of foreign Banks and insurance companies, further relaxed the entry threshold for foreign Banks and insurance companies, and removed several business restrictions. Previously, the financial stability commission and the China Banking and Insurance Regulatory Commission proposed a number of new policies on opening up the banking and insurance sectors in terms of removing restrictions on foreign equity and relaxing market access conditions. In addition, in the financial market opening to the outside world, the bond market opening highlights frequent. The central bank, in conjunction with the safe, recently introduced measures to further facilitate foreign institutional investors to invest in the interbank bond market. And according to the policy signal that CSRC discloses recently, next, stockholder, fund, futures ratio of foreign capital also will cancel in succession.

"The gradual opening of the Chinese market is very important for HSBC and the appropriate policy environment will give HSBC the opportunity to increase its stake in Chinese institutions and hold more business licences." Wang dongsheng, vice chairman and chief executive of HongKong and Shanghai banking corporation limited, said at the first bund financial summit co-hosted by BBS and other institutions of China finance 40 people on the 27th.

According to the recent information released by relevant regulators, in the next step, relevant departments will continue to promote the opening of capital accounts and further improve the facilitation level of convertibility projects. However, the opening of capital account will proceed in a steady and orderly manner, taking into consideration various factors. There is no timetable yet.

Lu lei, deputy director of the State Administration of Foreign Exchange, said at the bund financial summit that the opening of capital projects and the development of the foreign exchange market will be carried out in a steady and orderly manner. At present, China's direct investment has basically achieved convertibility, a cross-border investment system represented by institutional investor system and interconnection system has basically taken shape under securities investment, and cross-border debt financing is independently conducted by market subjects under the policy framework of full macro prudential management, he said. "The next step will be to coordinate the transaction and exchange links, focus on two-way opening of the financial market, promote the opening of non-convertible projects in an orderly manner, appropriately increase foreign exchange market participants, enrich foreign exchange trading varieties, support the construction and development of the scientific innovation board, and encourage foreign investors to participate in the scientific innovation board." He said.

Wang chunying revealed that the management of domestic bond issuance by foreign institutions will be standardized, relevant management measures will be improved, and the opening of the domestic bond market will be promoted in an orderly manner.

Financial openness is often advanced "point to point". Lu lei also said he will better support the construction of the Shanghai international financial center and pilot free trade zone. We will further improve exchange facilitation, promote pilot projects to facilitate foreign exchange receipts and payments in trade in goods, and study ways to facilitate the payment of foreign exchange receipts for capital projects within the city of Shanghai. Further promote the construction of RMB financial asset allocation and risk management center, continue to expand the opening of the bond market to the outside world, and integrate the investment channels of the bond market. QDLP pilot program will be normalized in Shanghai.

In the process of opening up, risk prevention and control have been upgraded

China's gradual approach to financial opening is well received by industry insiders. At the bund financial summit, moody's and moody's investors service chief credit officer RichardCantor said some countries in history have opened up their markets too quickly, flooding in too much liquidity, which then flowed out and caused economic crashes. China, on the other hand, has adopted a gradual approach to reform, which is generally stable and smooth. 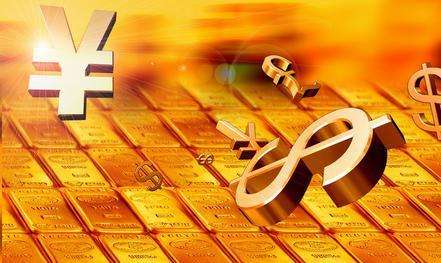 In the current domestic and international environment, relevant risk prevention and control measures will continue to be upgraded in the process of China's financial expansion and opening up, so as to ensure the smooth and orderly cross-border capital flows.

"With the deepening of the process of opening up to the outside world, the business of foreign financial institutions in China continues to expand, and the competition for domestic financial institutions becomes increasingly fierce. In the future, the transaction structure of financial businesses will become more complex, and the characteristics of cross-border and cross-market will become more prominent. Therefore, only by further strengthening the system construction and making up for the weak points and weak links in supervision, can the regulatory authorities effectively reduce the negative impact of foreign financial institutions on the domestic financial market." Dong ximiao, a special researcher at the national finance and development laboratory.

Lu lei said the basic strategic trend of China's foreign exchange management reform is to promote a higher level of opening up on the basis of risk prevention and control. "Reform and improvement of the financial regulatory system to better accommodate the requirements of macro-prudential and micro-regulatory requirements is an important guarantee for effective risk prevention and control in open development. We should strengthen macro-prudential management with the prevention and control of systemic risks as the bottom line. We will improve market-friendly prudential and behavioral regulation with a microeconomic philosophy. In the process of opening up, we should avoid major risks and take the road of sustainable and open development. "The more capable and experienced we are in preventing and controlling systemic risks, the more open we will be." Lu Lei said.

Wang chunying said she will continue to improve the macro-prudential and micro-supervision management framework for cross-border capital flows. Macroprudential mechanisms for monitoring, early warning and response will be strengthened and toolkits enriched. Countercyclical regulation of pro-cyclical market fluctuations in an open, transparent and market-based manner. In terms of microregulation, we will adhere to the stability, consistency and predictability of policies across cycles. We will also severely crack down on illegal and illegal activities of fake and deceptive foreign exchange trading.