With year-on-year growth of 52.3%, the Ministry of Commerce will push forward the construction of comprehensive pilot zones for cross-border e-commerce and copy and promote mature experience and practices

Cross-border e-commerce imports and exports totaled us $20.28 billion in 2018, up 52.3 percent year-on-year, said zhong shan, minister of commerce, when he delivered a report to the 14th session of the 13th standing committee of the National People's Congress on Friday on efforts to accelerate the transformation and upgrading of foreign trade and promote high-quality development of trade. The next step will be to "promote the development of new forms of trade, promote the construction of comprehensive pilot zones for cross-border e-commerce, and copy and promote mature experience and practices".

How to promote the development of new forms of trade and foster new growth points in foreign trade? A member of the standing committee of the National People's Congress (NPC) suggested that new forms and models of foreign trade be listed on the technology innovation board. Another suggested "a subtle export of our rules and standards".

1. Actively participate in the construction of international rule system

Qian fangli, a member of the financial and economic committee of the National People's Congress, said that according to statistics from the cyberspace administration of the CPC Central Committee, China's digital economy has reached 31.3 trillion yuan in 2018, accounting for 34.8 percent of GDP and becoming an important driver of economic development. In terms of digital technology application innovation, China has realized the transformation from following to running and leading (we are now the world leader in technology application, but the technology innovation is not as good as the United States and other countries). "China should take the initiative to participate in the construction of international rule system of digital economy based on industrial advantages. We will support enterprises to participate in the construction of global cross-border trade services infrastructure, explore new business rules in the field of trade, and support Chinese digital economy enterprises in overseas mergers and acquisitions. Silently export our rules and standards. For example, alibaba has acquired Trendyol, an e-commerce company in Turkey, and is now adopting alibaba's technical standards and rules. 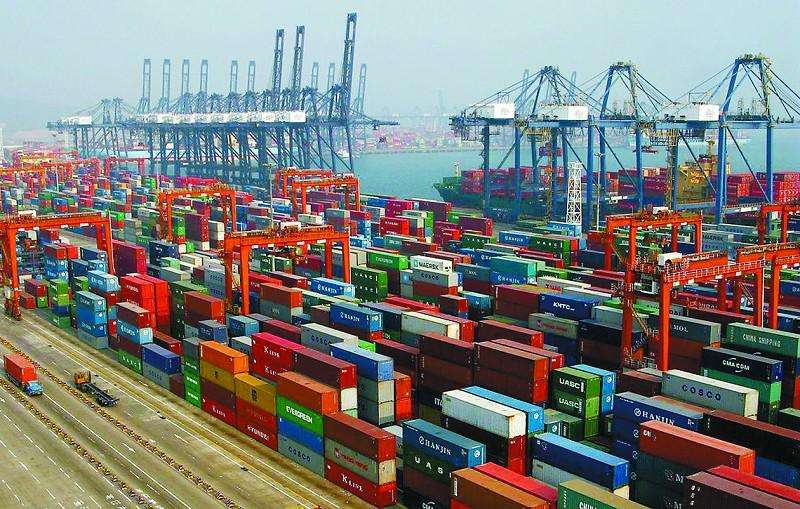 2. Support the listing of new business model technology innovation board

Finance and economic committee assistant director committee member of the National People's Congress, Mr. Liu said report will "expand the cross-border investment and financing channels," the statement should be added after "further intensify financial support for trade in services, improve the export credit mechanism, support eligible foreign trade enterprises listed on the capital market financing, mergers and reorganization, the support of new forms of foreign trade, the new mode in kechuang board listed, expand my overseas enterprises in overseas financing path", "make full use of the capital market, encourage foreign trade enterprises bigger and stronger. In particular, we will support qualified foreign trade enterprises to be listed on the technology innovation board of the Shanghai stock exchange. Some new trading methods, especially digital trading methods, should be fully developed after the company goes public.

New forms of foreign trade should break the bottleneck of development

5 push the Chinese standard to "One Belt And One Road"

'the next step for foreign trade is to push out our products, our technology and our services to the international market,' said Mr. Zhao. "How can it be pushed out? It's very important to pay attention to standards. Because standards are the passport to the introduction of these products, technologies and services, if this job is not paid enough attention, it will be detrimental to foreign trade."

6 to adapt to the requirements of globalization

How to maintain China's traditional advantages in foreign trade and accelerate the cultivation of new competitive advantages under the historical background of major changes in the international environment and domestic development conditions. Big problems like this need special study. Things have changed a lot. In the past, the level of globalization was relatively low. When we entered the WTO, we still made a lot of concessions. We were also worried that there would be problems. The trend of globalization is irreversible. The so-called anti-globalization is nothing more than globalization reaching a new height. The reason why we want high-quality development is that foreign trade needs to adapt to the current requirements of globalization and develop in a high-quality direction. Just saying that we need to promote greater openness, inclusiveness and inclusiveness is not enough. We need to come up with concrete measures. Now globalization has raised the bar, how do we adapt to the raised bar? We are still a developing country. On the one hand, some things have passed the threshold, but on the other hand, many things have not. On the one hand, we are facing developed countries, which cannot give up its traditional advantage. On the other hand, we have opened up the "One Belt And One Road" countries. We are truly open to all aspects, and the world is indeed divided into different levels. All these problems need in-depth analysis.