Hong Kong media reported that the 14th China (shenzhen) international logistics and supply chain expo (" fair ") has opened in shenzhen, attracting nearly 2,000 organizations from more than 50 countries and regions, including the Netherlands, Belgium and Poland. A number of people in the logistics industry said that many Chinese companies have stepped up the development of markets in Russia, India, southeast Asia and Latin America, and their business shows a trend of rapid growth.

According to Hong Kong "wen wei Po" on October 12, organized by the freight forwarding logistics association jiabidan 24 enterprises to participate in the fair, and at the meeting to talk about the prospects of the industry. Deng hongxing, general manager of shenzhen yitong global freight forwarding, said some companies are now expanding into the Indian market. Because India also has a population of more than 1 billion, there is a lot of buying demand. 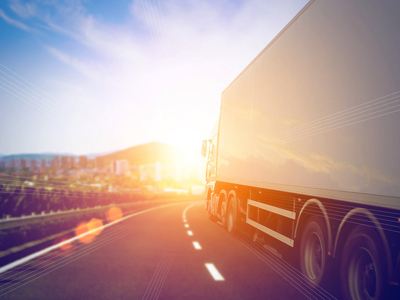 The company is engaged in air logistics services for Chinese enterprises to export commodities to India, including daily necessities, household appliances and electronic products, etc. It mainly provides professional express delivery, e-commerce distribution and customs clearance for enterprises exporting to India. Since this year, shipment volume has been rising, with a growth rate of 20 to 30 percent. All of them are transported to India by air. More than 20 tons of goods are transported to India by air in one month.

Zhang weiqi, general manager of huhang international cargo, a shenzhen-based logistics service provider in Latin America, also said that in order to avoid the impact of the trade war, many companies are expanding their business in Mexico, Brazil, Argentina and other Latin American countries, the report said. The company saw significant growth in shipments of mobile phones, appliances and electronics, with business growth of more than 10 per cent.

Tang dayan, head of guangzhou dewei international freight, said that some enterprises are also vigorously expanding the southeast Asian and south Asian markets. The company provides warehousing services in guangzhou for customers from taobao, jd.com and pinduoduo Malaysia, including daily necessities, appliances and furniture. Ten containers are now shipped to Malaysia a month, up more than 20% so far this year. The business of the Indian market is mainly to ship clothes and small goods by air, with 30 tons of goods shipped to India every month.

Ma yuting, manager of the Russian division of merrill lynch united international freight in shenzhen, said the company does LCL shipping in Russia, shipping Chinese goods to Vladivostok and then sending them all over Russia. At least 20 containers a month are shipped from Shanghai, mainly commodities such as daily necessities, home appliances, electronic products and auto parts, and business is expected to grow by more than 20% this year.

Trade between China and Europe in ports is getting closer

Wen wei Po pointed out that it is worth noting that because of the opportunity brought by "One Belt And One Road", the fair attracted a large number of European countries to participate in the exhibition, including Belgium, Italy, the Netherlands and many other countries port cities.

Belgium ze bruges port feng said the representative of China exhibition, ze bruges for Holland's second largest seaport, China ocean last year signed a contract with the port, the container throughput increased by 12% in the first half of this year, at least 10% of the growth, the Chinese goods these goods including clothing, electronic products, such as through the jersey bruges port can be rapidly transported to many countries in Europe, meet the demand of local people. The head of marketing of Italian port Genoa also said that the port has close economic and trade business with China, with 400,000 containers travelling between China and Italy each year, and china-related business accounts for 20% of the port business. Some ships ply the coast from Genoa to China's ports of Qingdao, Shanghai and shenzhen.

In addition, China sinotrans logistics co., LTD., a subsidiary of China merchants group, also vigorously expands the logistics business of "One Belt And One Road". A person in charge of the company said that they do large foreign retail enterprises in China procurement of goods delivery services, with Australia kmart and Europe, South America and other large supermarket cooperation to provide delivery services. In 2018, 460 china-europe freight trains left and returned from xi 'an alone, heading for belarus, Germany, Poland and other countries. This year, they are expected to grow by more than 12 percent, with a total of more than 500 trains. 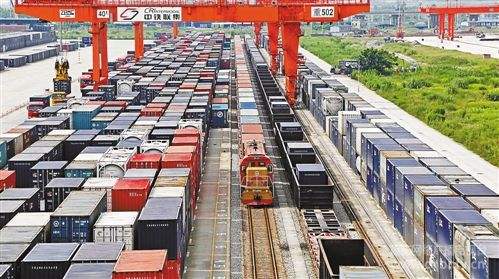