China trade news recently learned from alibaba that the development report of cross-border e-commerce of fabric industry released by alibaba international website shows that China's textile export has a good development trend in recent years, with the export volume increasing year by year. The report shows that China's foreign trade in textiles grew rapidly between 2001 and 2018, with a growth rate of 179 percent. In 2018, China's fabric exports reached 21 billion meters, accounting for about a quarter of the world's textile exports. The huge trade surplus brought by fabric export has gradually become one of the main sources of foreign exchange in China.

Since this year, alibaba international station has released a series of reports on specific industries in 10 featured industrial belts in China, analyzing buyers' portraits from the front end of trade and providing industry-side guidance for sellers. The development report on cross-border e-commerce of fabric industry is one of them.

In the first five months, China exported 48.31 billion us dollars worth of textile yarn, fabrics and products, up 1.5 percent from the same period last year, according to the report. Among them, fabric export accounts for nearly 70%, and other yarn, textile accessories such as feather, lace and other fillers and ornaments account for 30%.

According to the above report, the countries and regions along the "One Belt And One Road" have become the main export places of China's textile fabrics. From the perspective of national trend, Vietnam is the largest fabric export market in China, accounting for about 9% of China's total textile exports and 10% of the export amount.

Shen xiaoyan, a senior operation expert in the industry of alibaba international website, jiaju, told China trade news that China has always been a big exporter of textiles, which is also one of the pillar industries of China's exports. China's textile industry chain is complete, from spinning, weaving, dyeing to garment processing has a very strong competitive advantage.

Shen xiaoyan said that in recent years, with the rise of wages, China's garment processing in the textile industry chain has gradually lost its price advantage, leading some garment processing enterprises to move out. However, garment processing factories in Vietnam, Indonesia and Cambodia in southeast Asia and India and Bangladesh in South Asia have sprung up everywhere to produce garments with cheap local labor and export them to Europe and America. While the ready-to-wear industry in these emerging countries is growing rapidly, they are severely undersupplied and heavily dependent on imports.

According to the report, with the continuous improvement of China's textile technology level, in recent years, China's fabric imports continue to decrease. With the continuous enhancement of the independent research and development ability of fabrics, some high-end fabrics that were monopolized by Europe, America and Japan can be independently produced in China. The export of Chinese fabrics also shows a trend from low-end to high-end, especially functional fabrics and printing. At present, southeast Asian countries have become the main export market of China's printed and dyed cloth.

In this regard, shen xiaoyan said that China's fabric production not only ranks the first in the world in terms of scale and output, but also ranks the top in the world in terms of product quality. China is the first choice for fabric import from southeast Asian countries, India, Pakistan and Bangladesh. Take Bangladesh as an example, its fabric self-sufficiency rate is only 20%. The rest is imported from China, especially the polyester and spandex fabric, which is China's strongest strength, and imports billions of dollars from China every year. Bangladesh is also second only to the United States, alibaba international on the Chinese fabric enterprises export the second largest destination country.

Facing the huge business opportunities of fabric export, shen xiaoyan suggested that Chinese enterprises should practice their internal skills, maintain a sense of crisis, and be brave to explore new markets, especially from Bangladesh, Vietnam and even Africa, to find new growth points, so as to reduce the risks brought by the traditional trade friction with Europe and the United States. At the same time, we should pay attention to product research and development and after-sales service, and constantly enhance the added value of products through upgrading and research and development. According to the buyer's portrait and behavior analysis of alibaba international, fabrics will pay more and more attention to the two themes of recycling, environmental protection and functionality. Fabric varieties will be further subdivided, and there will be more and more fabric types in specific scenes, such as yoga pants fabric and beach pants fabric, instead of just staying in the traditional sense such as woven fabric and knitting fabric. Chinese fabric enterprises should continue to explore and innovate, make full use of the international platform, seize the fabric out of the dividend. 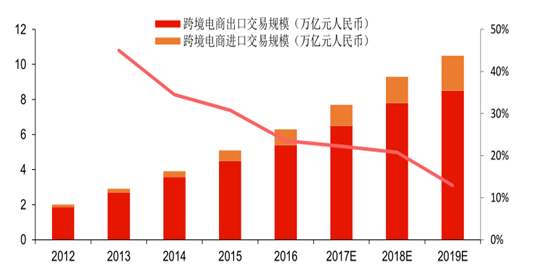 Guo xiaopei, an industry development researcher at minsheng bank research institute, told reporters that the "One Belt And One Road" initiative coincides with a critical period of historic changes in China's textile industry and brings new opportunities for China's textile industry to go global, integrate global resources and achieve high-quality development. With a population of 4.4 billion and an economic aggregate of about us $21 trillion, accounting for about 29% of the world's total, 65 countries and regions along the "One Belt And One Road" are important emerging markets that cannot be ignored. Chinese textile enterprises should make use of overseas investment and merger and acquisition to vertically extend the industrial chain of various high-quality global resources, such as raw materials, design, brand and market channels, so as to improve the added value of the whole industry. In addition, the countries and regions along the "One Belt And One Road" should be fully combined and utilized to complement each other in the field of textile and clothing, so as to realize sharing and win-win results.

Data shows that in 2018, China's fabric production was 49 billion meters, all concentrated in the developed areas along the southeast coast. Among them, zhejiang, jiangsu and fujian ranked the top three in terms of fabric production, accounting for 58.95%, 12.66% and 11.46% of the total production, respectively. In terms of merchant concentration, on alibaba's international website, fabric merchants are mainly concentrated in east China, accounting for about 87% of the total number of merchants. Shaoxing, suzhou and jiaxing rank top. In terms of the fierce competition, currently, the cities where the merchants on alibaba's international website are located still have huge room for development in terms of their offline scale, and the blue ocean of cross-border e-commerce still has great potential to tap.