According to Reuters news agency reported on September 27, though, the U.S. department of commerce recently released data may does not mean that the recession is imminent, but the data also showed that core inflation in August the highest year-on-year rise up to seven months, economists said, this could make the fed in a difficult position, the federal reserve to seek to maintain record of the longest economic expansion on the right track. The U.S. economic expansion is now in its 11th year.

"We still expect the fed to cut rates in the fourth quarter, but weighing weak consumer spending, business investment data and a slight rebound in underlying inflation will certainly push the fed in the opposite direction." Wells Fargo securities senior analyst Tim quinlan.

Consumer spending, which accounts for more than two-thirds of U.S. economic activity, rose slightly last month, with gains in leisure goods and cars offset by declines in restaurant and hotel spending, the report said.

Consumer spending was slightly revised down in July.

At the moment, the report says, American consumption is slowing. There are concerns that weak corporate investment and weak earnings growth could inhibit companies' ability to keep hiring more workers and weaken consumer spending. 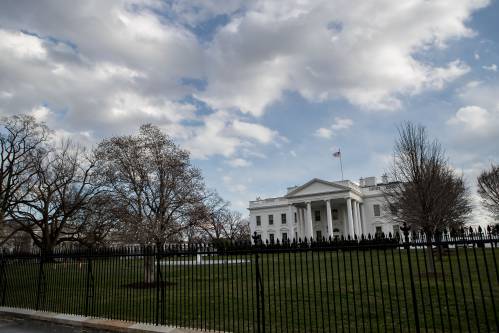 Consumer confidence fell sharply in September, according to a survey released by the conference board.

Fed too optimistic about us economy?

According to Taiwan's economic daily on September 28, former federal reserve chair janet yellen said recently that the fed's outlook for long-term U.S. economic growth may be too optimistic based on three major factors: population, education and productivity.

Reports say the federal reserve this month maintained its long-term growth forecast for the United States. Ms yellen said the forecast showed the fed was overestimating the ability of the us economy to grow. "This is actually a pretty optimistic forecast," yellen said at a September 27 conference.

Demographically, she said, the U.S. population has slowed in recent years, resulting in a low rate of labor force growth, unlike the surge of women in the 1980s.

Ms. Yellen noted that better education for workers would help boost economic growth, "only now that the rate of increase... It's not as fast as it used to be.