The trade friction between Japan and South Korea that began in early July became increasingly intense. In more than a month, Japan and South Korea moved from a trade dispute to a near-trade war, each removing the other from the "white list" of exports. Industry experts say relations have reached a "crossroads" in half a century.

Foreign affairs college institute for international relations professor yong-sheng zhou in an interview with the China trade news reporter, said the trade dispute between Japan and South Korea has exposed the south Korean economy of Japan's long-term high dependence, the normalization of relations between the two countries since 1965, has been in a state of trade deficit, to Japan, Korea, in 2018 for $24 billion deficit scale, this all in South Korea is one of the biggest deficit in trade relations. According to the Korea trade association (KITA), the biggest source of South Korea's huge trade deficit with Japan is high-tech goods, especially semiconductors and chip-making equipment, which account for one-third of the deficit.

On Sept. 16, the world trade organization said South Korea had filed a complaint against Japanese export restrictions at the world trade organization because of heightened tensions between the two countries. In July, Japan imposed tighter controls on exports of three materials used in smartphone chips and displays, citing unspecified security concerns over export controls on sensitive materials that could be used by South Korea for military purposes. Under WTO rules, South Korea and Japan are supposed to meet within 30 days, and if those talks fail, South Korea can ask the WTO's dispute panel to rule.

South Korea says Japan's trade measures threaten its export-dependent economy and that many export manufacturers rely on Japanese imports of materials and parts. It claims Tokyo is retaliating against a south Korean court ruling that ordered Japanese companies to compensate aging Korean plaintiffs for forced labor in world war ii.

But Japan insists that by the time the two countries normalized relations under a 1965 treaty and the south Korean court ruled under international law, all compensation issues had been resolved.

Liu xiangdong, a researcher and vice-minister of economic research at the China center for international economic exchanges, said that if Japan accepts South Korea's complaint, the two sides must consult for at least 60 days. If Japan refuses to consult or negotiations fail, South Korea can ask a wto panel to rule on the dispute.

The focus will be on whether Japan responds to requests for consultations under the wto system.

"In WTO procedure, the prosecution means the beginning of consultations. If both parties consultations in 60 days period usually can not make progress, the first instance litigation party may demand that the WTO, then from the first instance to the final, it takes about two years, this means that Japan and South Korea against conflict in semiconductor materials export restrictions within the framework of formal entry into WTO, and presents the long-term change trend, and the possibility of revenge and retaliation tariff." Mr Liu said Japan and South Korea had been unable to agree on their views on export controls, which have been the subject of disputes at the WTO, and that the dispute could become permanent.

Liu xiangdong said that for a single case, it is normal for the WTO to take more than three years to carry out anti-dumping or countervailing investigations, but this ruling is just at the moment of trade friction, which will undoubtedly have an impact on the already deadlocked economic and trade relations between Japan and South Korea. 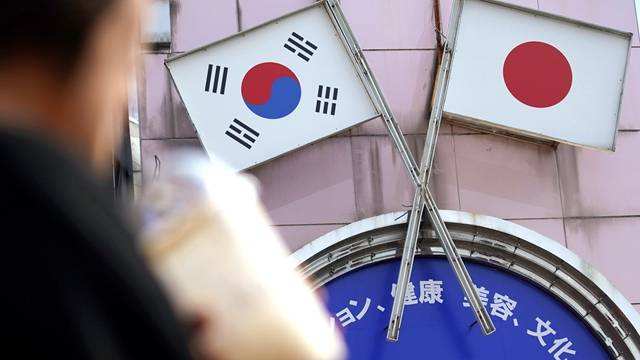 "It can be said that the friction between Japan and South Korea in the field of trade is due to the 'new hatred and old hatred'. A paper agreement signed by the two sides in 1965 could not completely wipe out all the hatred, and from the moment of signing the agreement, it seemed that the economic and trade contacts between the two countries and political and historical issues became intertwined." In Mr. Zhou's view, the trade dispute between Japan and South Korea is the culmination of years of historical and territorial tensions that have been difficult to resolve.