Korean media said that Tesla's Shanghai factory will start at the end of this year, when it will start producing electric vehicles such as Model 3, and battery companies in Korea, China and Japan are competing fiercely for batteries orders from the factory.

The factory is Tesla's first overseas plant with an annual capacity of 500,000 vehicles, which is equivalent to one fourth of last year's global sales of electric vehicles (2 million vehicles), according to the website of Korea's Central Daily on August 28. The order size from the plant will directly determine the share of battery companies in the world market. The competition between Panasonic (Japan), Ningde Age (China) and LG Chemistry (Korea), which rank first, second and fourth in the global market share of electric vehicle batteries, is particularly fierce.

Reported that in the battle, South Korea won the first victory. LG Chemistry will supply batteries for electric vehicles to Tesla's Shanghai plant, Bloomberg said on August 23. However, the report did not mention the specific order size. 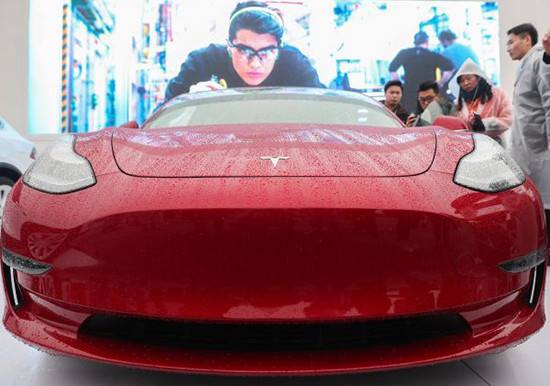 LG Chemistry said that "the specific contract content with customers can not be disclosed". But the industry generally predicts that LG Chemistry has received some orders for battery supply for electric vehicles. "Because Tesla is signing a battery supply contract with other companies, LG Chemistry can't disclose the details of the contract," said a battery industry source.

In addition, LG Chemistry has invested 12 trillion won to build the second battery plant for electric vehicles in Nanjing, China, since the beginning of this year.  Nanjing factory is very close to Shanghai where Tesla factory is located.

Reported that in the electric vehicle (car standard) battery market, Panasonic and Ningde era take turns to occupy the first place, has been fierce competition. So many predictions suggest that if Ningde supplied batteries to Tesla's Shanghai plant, Panasonic would be left behind.

It is noteworthy that Tesla CEO Musk said before the completion ceremony of the factory in Shanghai, "including Panasonic, the current supplier, the batteries of electric vehicles will be purchased from local China". At that time, many people predicted that Shanghai factories would use batteries made in China for electric vehicles.