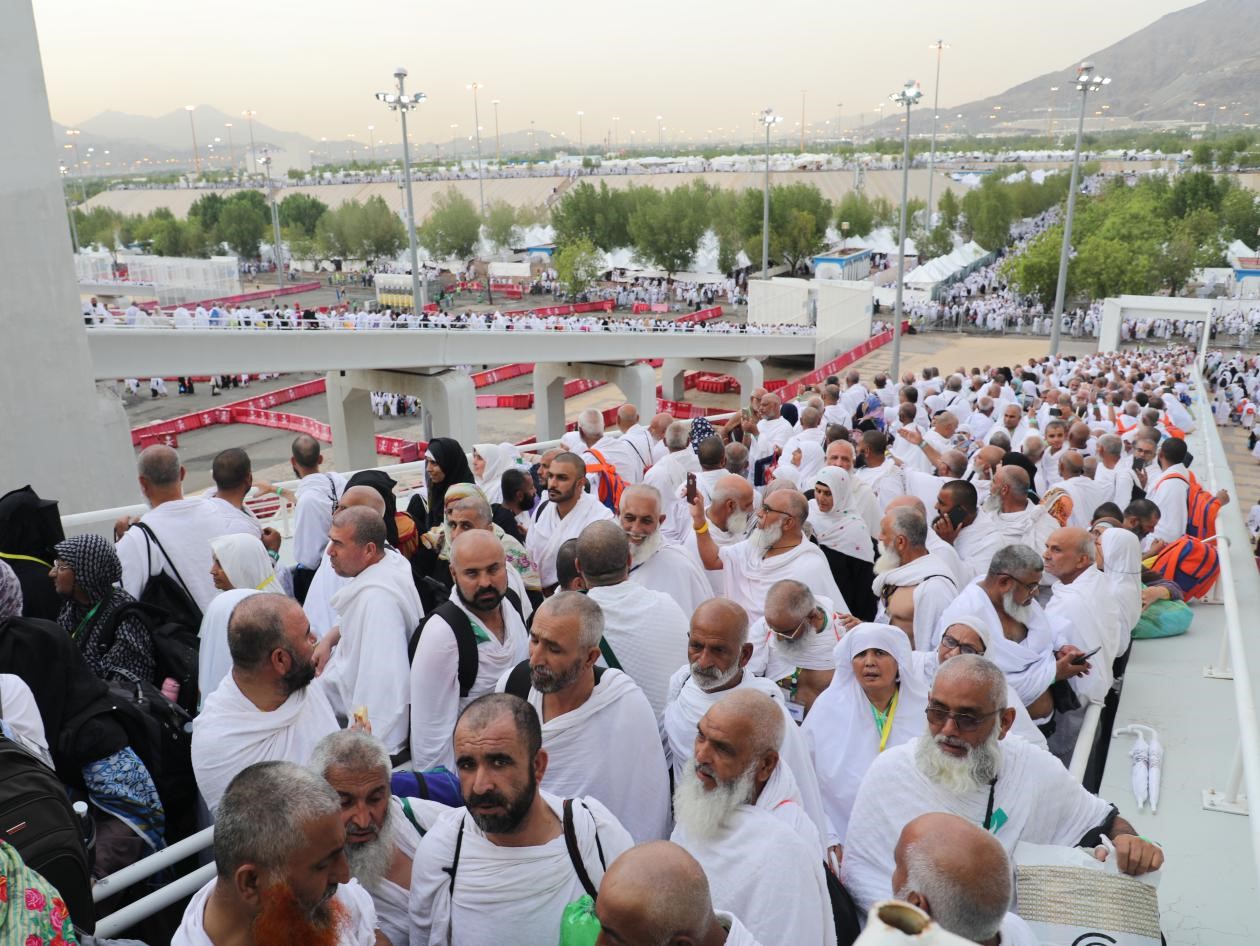 Refresh your knowledge of the world at the pilgrimage site

Mecca is an ancient town, nestled in a narrow valley surrounded by mountains, where at least 3 million muslims from around the world make the annual pilgrimage. Pilgrims walk for seven to eight hours in the open in temperatures of 40 to 50 degrees Celsius from gamara in mecca to arafat, and face heavy traffic by car.

When the mecca light rail is completed, pilgrims will be able to reach their destination in just a few dozen minutes, which makes all the passengers raving about the convenience. "The journey is an easy and smooth one, offering the best service and meticulous care to the guests," said prince khaled faisal, governor of mecca.

And this is just the beginning of "iron construction manufacturing"... 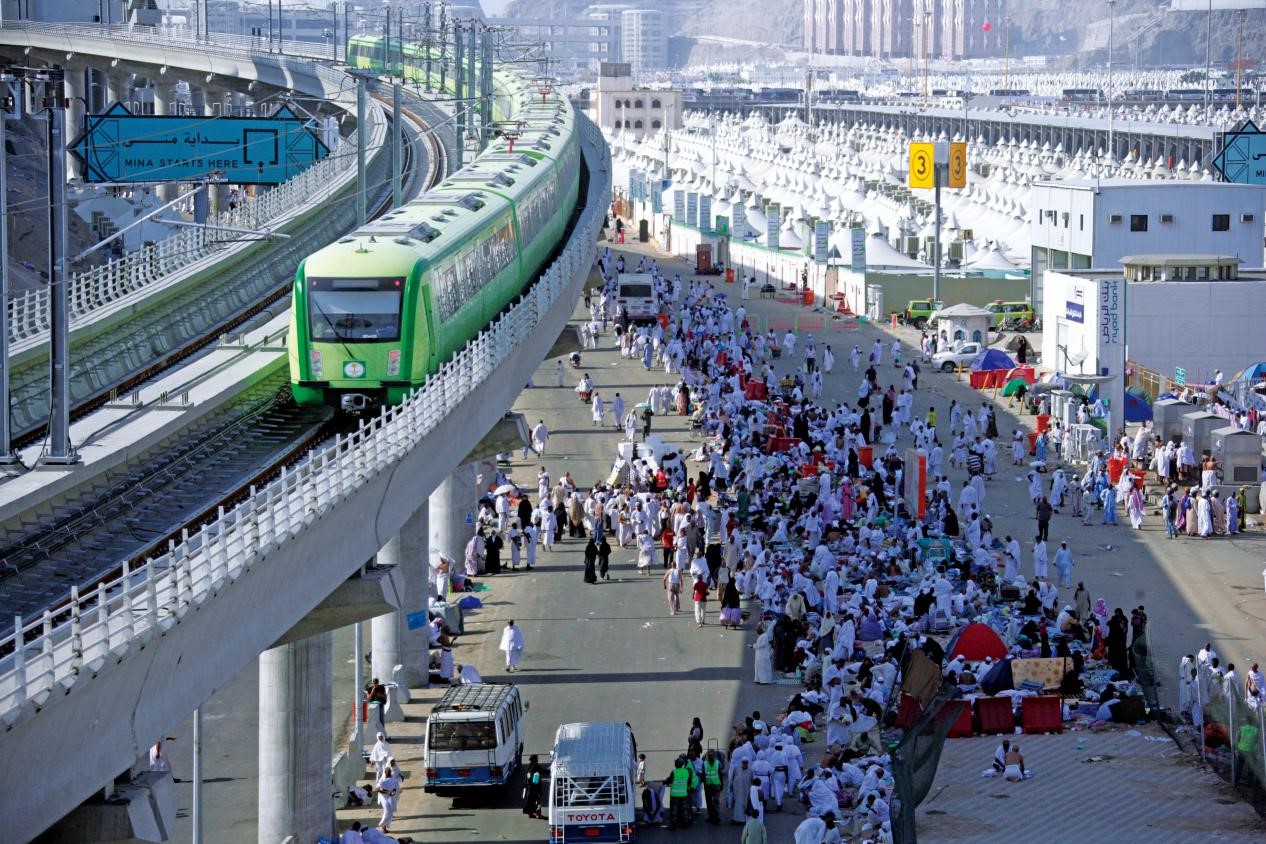 he world's "most" light rail

The mecca light rail is one of the most unique light rail lines in the world: the line is 18.25km long and only officially operates seven days a year. During the peak operation, the daily traffic volume is equivalent to the total traffic volume of Beijing railway station and Beijing west railway station during the Spring Festival transportation period, and the instantaneous operation scale is the largest in the world.

As pilgrims need to arrive at the fixed place within the specified time, a large number of people gather in a short time, which brings great pressure to the operation organization and crowd diversion.

Since then, the line has been operated by a company in another country until 2017, but equipment conditions have been frequent and accidents have occurred. In 2018, the Saudi government made a special trip to Beijing and invited China railway construction to come out of the mountain again -- to take charge of the operation again. 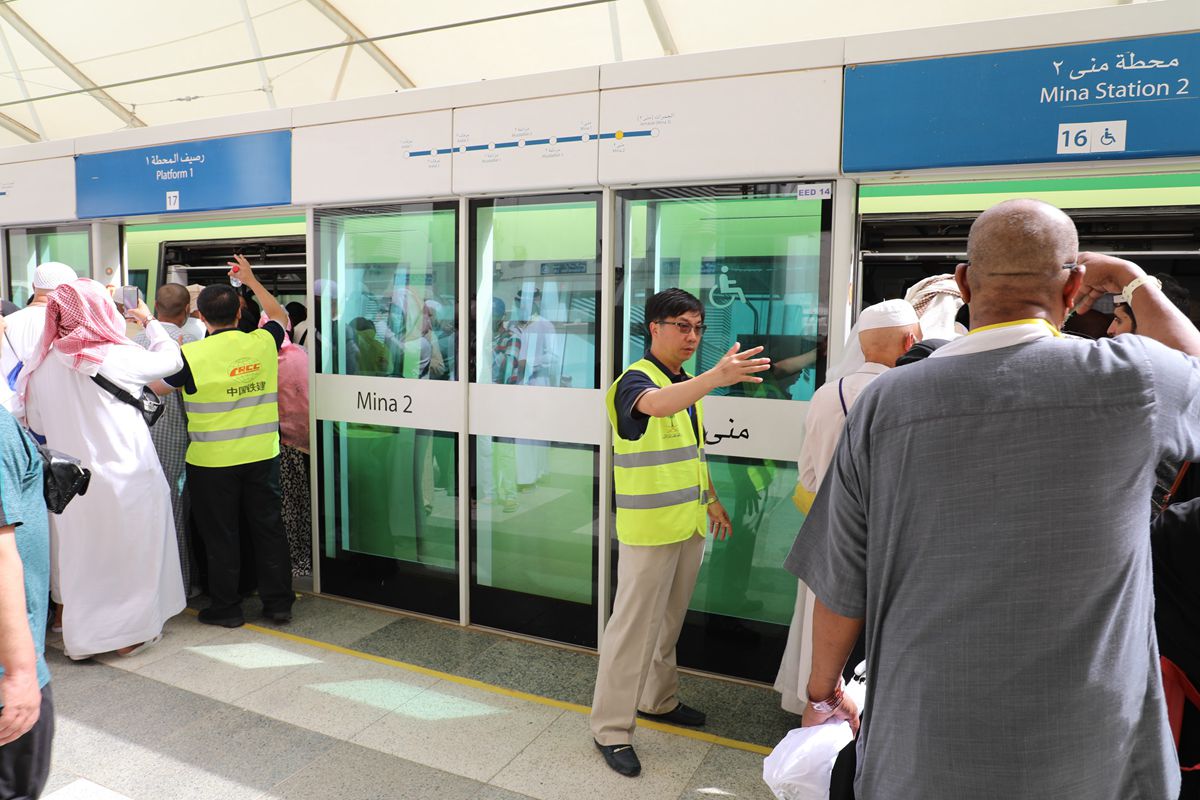 "Only Chinese companies can do it"

Taking over the operation again, China railway construction corporation (CRCC), adhering to the concept of "extensive consultation, joint contribution and Shared benefits", has established its own global integrated operation system with more than 30 enterprises including China railway Beijing bureau group, Siemens, Otis and so on. Through rigorous business contracts and collaborative processes, the operation capacity has been improved to the best.

During the operation, the temperature was up to 50 degrees Celsius per day. Cadres and employees of China railway construction international group (CRCC) formed commandos to direct and direct the flow of people to the first line of the station, each of whom had to insist on nearly 20 hours to make 40,000 steps on the short platform. China railway construction has proved with facts that Chinese enterprises can achieve what others cannot.

Chen weiqing, China's ambassador to Saudi Arabia, wrote on twitter after the completion of the operation of the mecca light rail that there was no mistake in the 156 hours of operation from 4 a.m. on August 8 to 6 p.m. on August 14.

In this place where "Arabian nights" was born, China railway construction has woven a modern "flying carpet" -- mecca light railway with loyalty and responsibility. With wisdom and sweat, once again prove to the world strength: some things, only Chinese enterprises can do.