As an international comprehensive expo approved by the state council and open to the world with northeast Asia regional cooperation as its brand, china-northeast Asia expo (hereinafter referred to as "east expo") has been successfully held for the 11th time. Jilin city always attaches great importance to, as to accelerate the revitalization of the old industrial bases, one of the important platform of expanding the opening to the outside world, with "outstanding characteristic, increasing influence, the pursuit of efficiency" as the goal, vigorously carry out investment promotion and capital introduction work, pay attention to merchants invitation scale and level, continuously strengthen the project cooperation and depth, the marked achievements were scored in the economic and trade exchanges, to further improve urban visibility and influence.

The results of investment attraction are increasingly fruitful, and economic and trade activities have a wide range of influence. During the 9th, 10th and 11th east expo held from 2013 to 2017, there were 116 jilin achievements projects, the total amount of contract investment was 77.665 billion yuan, and the total amount of contract investment was 39.758 billion yuan up to now, the performance rate was 77.59%, and the rate of investment was 48.87%. A number of projects with large volume, high quality and strong demonstration function, such as baiye auto parts city construction project, tunnel tunneling machine cutter plate project, wanfeng industrial park phase ii project, cloud rail industrial park project, Beijing guoda health industrial base construction project, hu qingyutang traditional Chinese medicine beverage and health care products production, have been signed successively. At the same time, with the aid of east fair platform, jilin songhua lake was successfully held BBS, "overseas Chinese JiLinXing and jilin city overseas exchange association meeting", "the second global business conference jilin breakout activity", such as the east expo series of activities, to promote and expand the city's investment promotion and capital introduction and opening to the outside world.

Since the beginning of the year, for to do a good job of the 12th east expo related investment promotion and capital introduction, make full use of the important chance to cooperate with northeast Asia countries, jilin around the city's investment promotion and capital introduction and innovation development zone, clear objectives, detailed measures and substantial work, for the east expo exploiting new luminescent spot, explore new breakthroughs, new results, laid a solid foundation. At present, the city's investment work presents the following new features: 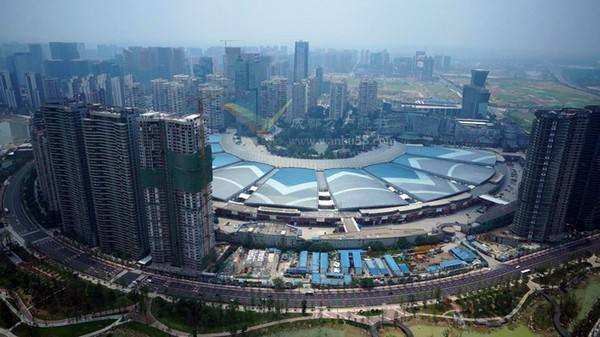 Third, give full play to the advantages of resources and do a good job in the "snow and ice +" article. Pushed lianchuang red snow and ice in the north lake town of project construction, advancing with the French enlightenment wave horse group, Beijing ice company well-known ice industry at home and abroad, such as project cooperation, success contributed to the investment agreement signed with wave horse group, the project equipment industrial park as the jilin city ice first snow equipment manufacturing project, and by the international well-known enterprise investment construction, will play a lead in the ice equipment industrial park and the city's exemplary role. 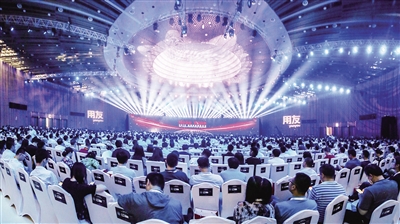 Fifth, adhere to the high promotion, pragmatic development of investment and investment work. One is the job is packed. Municipal party committee, municipal government attaches great importance to the work of attracting investment, will it as the city's central work to catch. At the beginning of the year, the municipal party committee in the city within the range of 5 square kilometers to place the target of investment and investment in industrial projects, defined the investment intensity of more than 3,000 yuan per square meter, as an important indicator to assess the county (city) district, development zone investment work. Second, measures to catch real. The main leaders of the municipal party committee and the municipal government and the leaders in charge personally dispatch and deploy and lead the team to go out for investment, boosting the progress of major projects. The main leaders of the municipal party committee and government go to each development zone to solve the problems and supervise the progress, and solve the problems in time. All the units in the city are responsible for their work and strictly implement the task indicators. According to the current situation, 82 new industrial projects are planned to be placed within 5 square kilometers of the city. Third, we have achieved real results. For the city's investment promotion project funds in place to conduct a comprehensive combing, repeated compaction, the compaction investment index, the project land, funds in place as a rigid standard of assessment of investment promotion work, strictly according to the large investment project data management services platform to carry out the appraisal work, date, start construction investment project and signing landing will be true, accurate, and for the next project construction work laid a good foundation for next year.

At present, jilin city is organizing preparations for the twelfth northeast Asia expo related work. In terms of project cooperation, adhering to the principle of pre-meeting results, we should draw on our best efforts to "go global", carry out pre-meeting negotiations, find out the investment layout of target enterprises, and explore new project information, and strive to do a good job in pre-meeting investment attraction, contract signing and follow-up after the meeting. In jilin city image exhibition booth, jilin resources endowment and the advantages of industrial development, fully embodies the results of jilin city in recent years economic and social development, around the "tourism and cultural city, new industrial base, ecological livable cities" urban positioning, reflect "the rime, skiing paradise city brand, ice and snow, tourism, the advantages of the chemical industry, the use of advanced production technology to build jilin city's unique urban landscape rime regional image booths.