New media will emerge in an endless stream of technology, but brand promotion does not necessarily focus on new media. The transformation of old media and traditional media may also be a marketing trend, and the use of it can bring unexpected Good result.

There have been many wonderful brand promotion cases in the first half of this year, but compared to those advertising campaigns that win with high-quality content, those marketing events that play new tricks in traditional media may be more instructive to us.

Organizing exhibitions and engaging in flashing activities is actually a common propaganda routine for brands. But what makes people shine this time is that it has moved the exhibition to a vegetable market, which can be said to broaden the awareness of marketers on the media. It is.

In fact, there have been similar cases in the past, such as the brand promotion of a street shop, but the influence does not seem to be big. 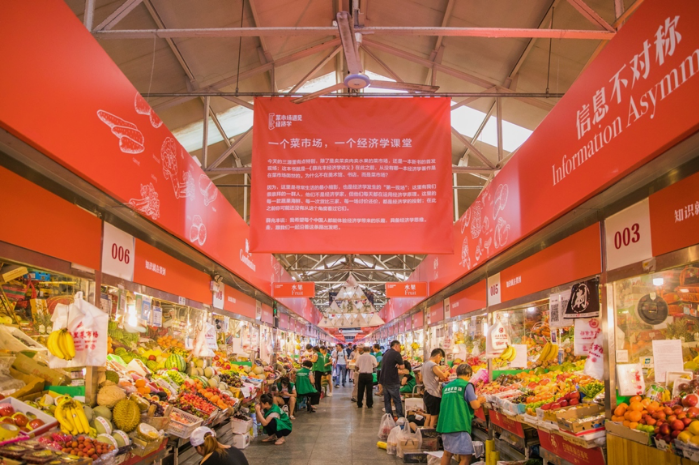 I got the food market economics theme exhibition I made this time to promote an economics paid patent and its columnist's book in the APP. The economics of life can be reflected in the vegetable market in a very grounded manner. The degree of conformity between the theme and the form is very high, and it will not create a marketing pain point that “only remembers the exhibition but does not remember the brand”.

Obtaining this wave of operation, we found that there are many traditional scenes around our life that can be excavated, such as urban villages, wishing trees, attractions, large supermarkets, industrial areas, pedestrian streets, etc., only need to promote themes and scenes. Matching, can be used as a media channel to cooperate or launch.

Brand promotion is not necessarily a short video on the vibrato, and it can be used as a theme exhibition under the online packaging of the food market. It is believed that the app market economics exhibition is better than the various atriums in the mall. The volume of the theme exhibitions held will be much larger.

Just recently, Alipay made a wave of public advertisements. The advertisement screen was in the form of a chat dialogue interface (looking like the WeChat UI). It showed the various conveniences of Alipay, such as hospital registration and public transportation. And other functions.

There is not much to say about the content and design of the screen. After all, this type of dialog box has been very common, and the content of this advertisement can only be regarded as neat, and there is nothing wrong with it.

However, it seems that Alipay officially made a plan in advance, and the bus stop was put in the dialog box by the passers-by to write some graffiti texts. The specific content is similar to “a taste of love”, which makes things become interesting and has caused quite a lot. People's onlookers and active spread. 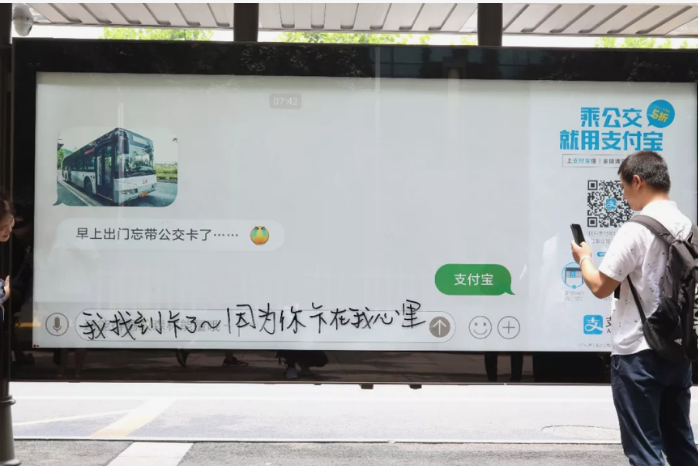 The form of graffiti is quite new, although it seems not very civilized, and it is not the first. If it is the official plan of Alipay, then this form is rarely seen to be used by big brands.

Through the form of passers-by graffiti "segment", the placement of these bus stops becomes interactive, and the cost is very low, causing the brand benefits brought by attention, far more than a few words on the above. A few words make the traditional media have a new charm.

Through the innovation of media form, Alipay achieves the effect of brand communication with small Boda. The point is that in this kind of marketing promotion, the traditional media is no longer static, nor is it ineffective. Giving more extended gameplay may make traditional media more effective than new media.

When everyone is yelling that the traditional media is dead, the winners and the Alipays let us know that "the original media can still have this kind of gameplay." In fact, the media can no longer be simply understood as a communication channel. It is more embedded in the closed loop of the communication event and becomes an inseparable part of the influence event. From this perspective, we should not complain that the media has failed, but we have not used it at all.