The knife flag is named for its shape. It is a flag shaped like a knife. It is also called an outdoor rotating screen or a feather flag, or a fan-shaped flag. It is a display prop for outdoor exhibitions. The modern street lamp advertising knife flag, there is no shape of the knife, mostly square. Knife flag advertising flagpole, knife-shaped telescopic advertising flag, whether it is windy or windless, can be stretched for easy viewing; on the beach, the grass is inserted into the ground with a drill, and the cement floor has a cross base, water bag or sandbag. 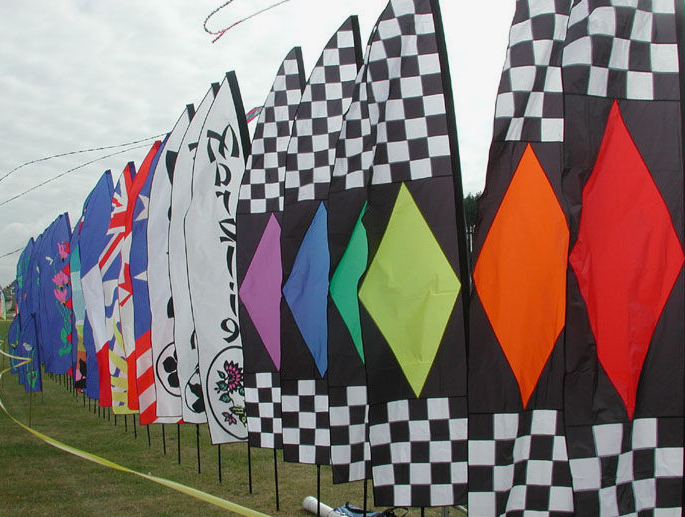 In the Han culture, the origin and development history of the banner can be traced back to the recordable period. Later, the military martial arts and the emperor Yizhao and so on were widely expanded and developed for the needs of the growth of the voice. It is often said that the "flag flag exhibition" or Feilong, Feihu, Feiqiqi, etc. are common. The "superintendent flag", "tooth flag", "knife flag", etc. are defined by shapes.

In foreign countries, this kind of knife flag is very popular, but they look at the shape of this flag like feathers, so it is called feather banner. This feather advertising flag is much larger than the domestic one, the highest 15 meters, and easy to fold, easy to carry, The telescopic rod is like a fishing rod and can be stretched freely.

Especially the 11-meter FRP telescopic rod, the advertising industry can also be used as a measuring rod, and radio enthusiasts can be used as a fishing rod antenna. The 10-meter support rod MFJ-1910FRP is known as fibreglass reinforced plastic. China is customarily called glass fiber reinforced plastic. It is a composite material composed of synthetic resin as the matrix material and glass fiber and its products as reinforcing materials. 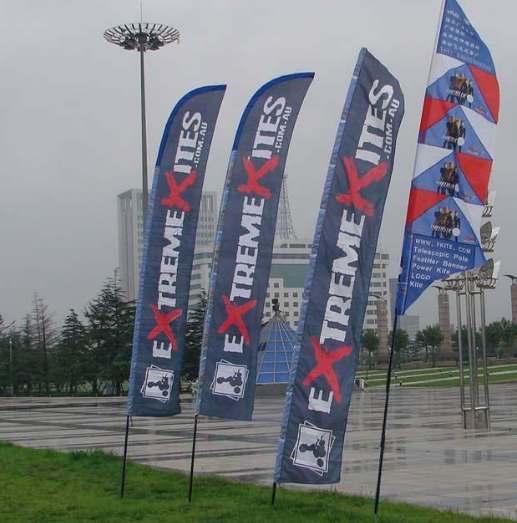 1. Since the street light is an indispensable lighting fixture for road traffic, and directly intersects with the travel of the advertising audience,

The direct advantage of Knife Banner Media is the mandatory acceptance of advertising media.

2. A strong and lasting impact on the advertising audience. Imagine a neat and uniform billboard on both sides of a road. First of all, the visual senses are neat and unified without losing harmony, and then achieve a spectacular aesthetic without psychological exclusion, further creating a strong impact, while at the same time With space, daylight and nighttime lights have different long-term impact effects.

3. It is easy to establish an advertiser brand effect in a short period of time. Especially in the geographical advantage of Knife Flag, the long-term impact on the audience's vision, through daily contact, in the subconscious of the audience has established the brand awareness of the ad, in the short-term subtle and can receive good publicity. The effect has quickly increased the visibility of advertiser brands and promoted advertising effectiveness. 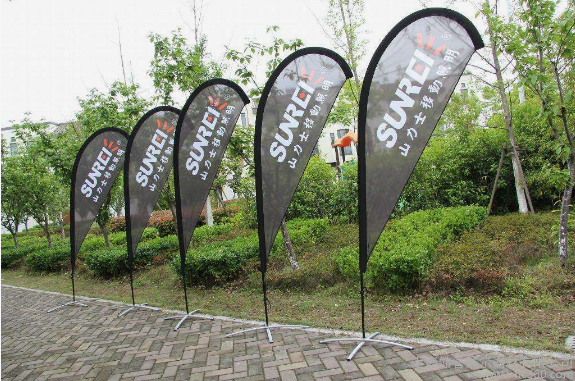 1. Limited by the media size specifications, the content of the advertisement is also limited. If you need to express the requirements of an advertiser's advertising content in detail, there will be some adverse effects in the space visual, such as too much text.

2. The impact of quantity and price. If such a medium is to be formed into an advertising effect, the amount of demand that the advertiser should have should be formed in a certain scale, and the quantity is proportional to the price. Therefore, there are certain limits on the advertisers targeted by Knife.