Platinum Travel's crazy elevator advertising has come to an end, although the producers do not admit that their advertisements are "dross", it does not affect our discussion: What kind of "Haitou outdoor advertising" is successful?

Some people think that the elevator advertisements taken by Platinum Travel have achieved certain results because the intensity of the launch is strong enough. This view has a bit of truth. After all, the essence of advertising is exposure, but the advertising of Haitou is not all. Cost, make a material, contact an outdoor advertising company, sign a contract, and publish a magazine. "With such a simple operation, let's see how the Ogilvy & Mather's Haitou advertising is put together. 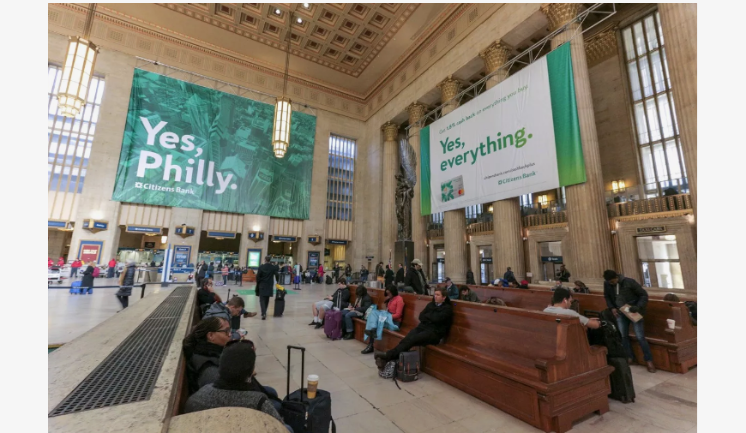 Series of outdoor advertising around the theme

It is also a single advertising purpose. The National Bank has carried out a series of outdoor advertising designs with the theme of “using national credit cards and returning cash”. The Platinum Tour has only a very noisy video from beginning to end, which makes people not only sigh "this money is really good."

The theme of this event of the National Bank is "use the National Bank credit card to buy anything, users can get 1.8% cash back." The agency responsible for this outdoor advertising is Ogilvy, who designed a lot of ideas for this.

Don't get me wrong, these ads are not sloppy, just consider the artistry of advertising and not consider commercialization. May benefit from Party A's trust and timely communication concessions, Ogilvy's outdoor advertising is a model.

Monotonous and repeated delivery may be a common problem in the outdoor advertising industry. It is just the red production agency behind Platinum Travel, which has pushed this problem to the peak. Yes, the advertisements directly employed by BOSS are also made by them.

National Bank obviously does not want to spend money. In the past, most outdoor advertisements of stations used the same three advertisements and repeated dozens of times, but this time the delivery is different.

"Yes, everything." itself leaves enough room for the creative team to play freely, so Ogilvy uses Google Maps to determine the stores and services near each placement point, which directly evokes demand and causes purchases.

Ogilvy also specifically studied what is popular in various communities in the city to make outdoor advertising more grounded. Therefore, the "Yes, everything." series you saw above, followed by the "camera ticket purchase, mountain bike, French fries" promotion elements are not simple arrangements. Geographic location-based delivery has increased the "capture ability" of advertising by one level.