2019 is the "Sports Year". As the "Best Watching Partner", Carlsberg integrates a variety of interactive forms of online and offline, in order to build the highest online information and interactive platform for online games in China, and join forces with Tencent. He has launched two major programs, "Peer with the Stars" and "The Attacking Goddess", to bring fans a colorful football feast.

Carlsberg, a long-established Danish beer manufacturer, has a deep connection with football. The top football matches that have been supported are endless. The most talked about is the 26-year history of Carlsberg and Liverpool football clubs. This makes Carlsberg's brand. The middle of the stream is carrying a pure football gene. The experience of the fans watching the game determines their attention to football and affects the development of football. Therefore, Carlsberg has always used creative integrated marketing to enhance the immersion of the fans. When the World Cup came this summer, it created a series of creative projects to enhance the experience of the fans and realize the deep interaction between Carlsberg and the fans.

Since the first bottle of Carlsberg beer was tasted in Hong Kong in 1869, Chinese consumers have witnessed Carlsberg's years of change and become important partners of the brand; and a large number of Chinese football fans are passionate about Carlsberg carrying the 'soccer gene' Words are even more like-minded people. The dual reasons prompted Carlsberg to support the development of Chinese football in a rich and varied creative form. This year, Carlsberg chose to cooperate with the powerful Tencent sports platform to create a more comprehensive experience marketing. In the process of many football teams in the World Cup, they will continue to be the "best looking companion" and stay with the fans in football. In the carnival.

"Best Watching Partner" takes you around the court

For football enthusiasts, the four-year World Cup is undoubtedly the long-awaited carnival. Carlsberg and Tencent launched the star interview program "walking with the stars", through exclusive video, exploration, live interviews and other forms, and Messi, Neymar and other 11 top active players to talk about the topic inside and outside the stadium, but also Let the stars answer the most fascinating questions of the fans, so that the fans can not only see the "skills" of the stars on the field, but also dig out the inner "dao" and understand the football's pride. 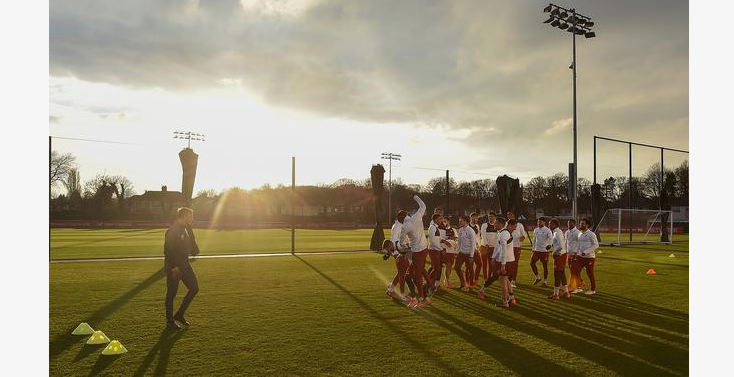 Of course, Carlsberg's marketing activities are not limited to football fans. A series of interactive content has been built around "Going with the stars" to attract more people's attention. For example, the interactive H5 "Carlsberger is more exciting", with the most iconic features of the interviewed stars as a mystery, throwing 10 quiz questions to the audience, and pretending to the show, full of the image of the star. By throwing out the "哏" behind the star as a pre-heating and supplement to the in-depth interview program, the new and old fans have more interesting and low-threshold topics, which enhances the exchanges between the parties and enhances the entire football match. Hot atmosphere. Carlsberg always insists on conveying the joy and passion of football to the audience in a social way.

Online and offline linkage "Jia you are more exciting"

In the information age, fans have a variety of channels and ways to learn about football matches. Therefore, Carlsberg takes the official Weibo and WeChat as the core positions, unites well-known football from the media, builds a media matrix through Tencent Sports, Tigers and other digital platforms, reports the exciting moments of the event, the latest information and other content, and begins to warm the World Cup to the fans. The show, "The Attacking Goddess", is full of youthful hormones, making the event warm again... Comprehensive channels and diverse content designed to attract more different types of potential fans and provide consumers with immersive digital Football content.

Carlsberg launched a football carnival party. During the World Cup group match, it will organize offline viewing events in Chongqing, Chengdu, Guangzhou, Kunming and other cities. It will invite many top domestic active football players to be guests and interact with the fans. In addition, a variety of game areas, beer and drink areas were set up on the spot, as well as the attacking goddess of the "face value". The rich elements strengthened the sense of immersion, which made the event a step further and improved the audience's viewing experience.