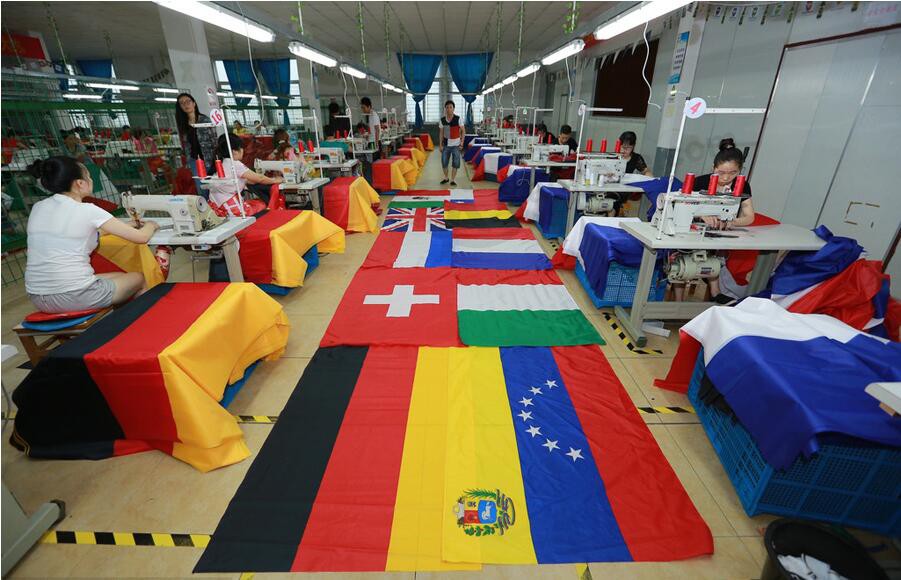 
The 2016 UEFA European Championship, commonly referred to as Euro 2016, is not only a visual feast for Chinese soccer fans but also an opportunity for Chinese businesses.

Zhejiang Shaoxing Xiangying Textile Co Ltd, based in Shaoxing, East China's Zhejiang province, sold more than 7 million flags before the start of the month-long event, according to the company.

The largest order came from a Belgian beer merchant, who ordered more than 4 million flags months ago. The factory once spent 13 days producing more than 9 million flags during a previous sports event.

And it's not just Shaoxing-based company that has benefitted. Zhejiang Yiwu Dingli Sports Products Co Ltd, based in Yiwu, Zhejiang province, produces more than 2 million soccer balls annually, most of which are exported. Before the opening of the Euro 2016, the factory saw a 30 percent increase in order. Now it is operating at full capacity, turning out more than 7,000 goods per day. 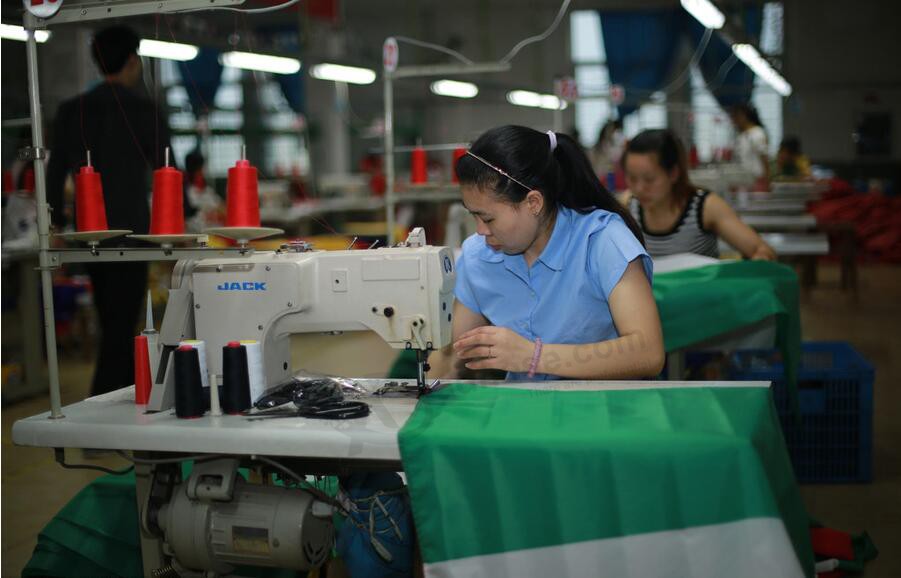 According to big data from e-commerce giant Alibaba Group, the search volume for Euro 2016-related products on its global trade platform exceeded 100,000 times, and inquiries outnumbered 7,000 times before the opening of the soccer event.

Some of the biggest suppliers to export market are based in Zhejiang province, South China's Guangdong province and Southeast China's Fujian province.